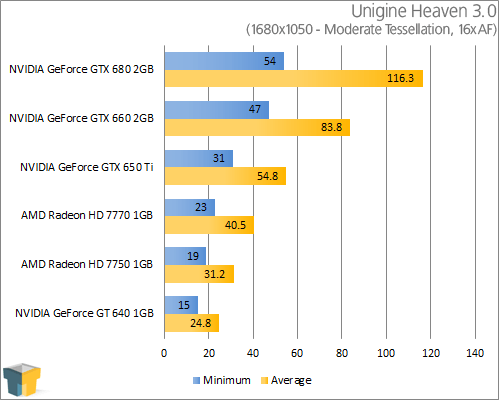 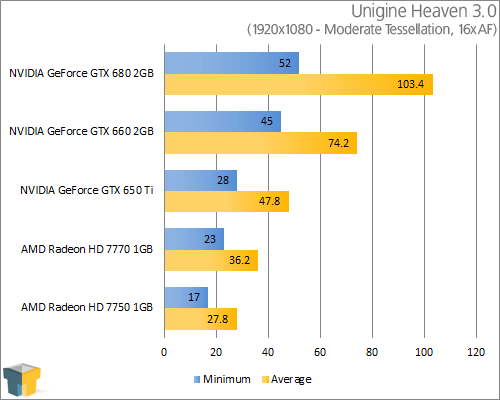 The GTX 650 Ti doesn’t have quite the same advantage here as it did with 3DMark, but it does scale well with the HD 7770 based on pricing.