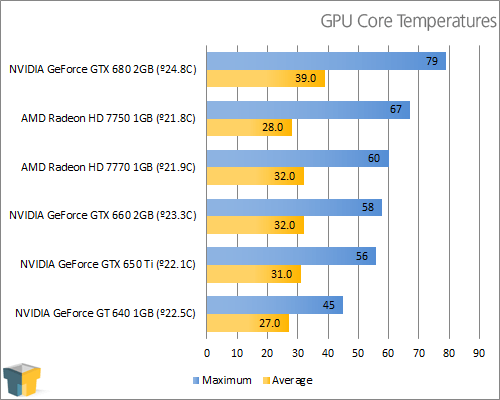 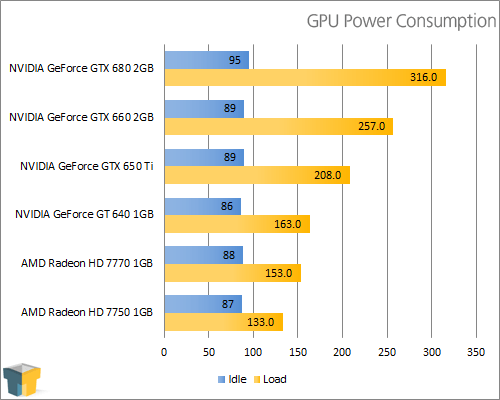 Despite GIGABYTE’s GTX 650 Ti being an overclocked offering, its open-air cooler allowed it to run cooler than AMD’s Radeon HD 7770 – which, to be fair, uses a reference cooler. Things change when we look at power consumption. There, the GTX 650 Ti soars past the HD 7770. Again, we see fair scaling here since the GTX 650 Ti is in fact quite a bit faster, but it’s something to bear in mind if you like to keep on top of power-efficient parts (as a general rule, overclocked parts = bad for “green” goals).