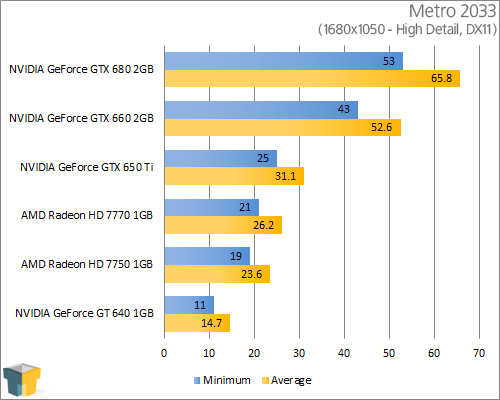 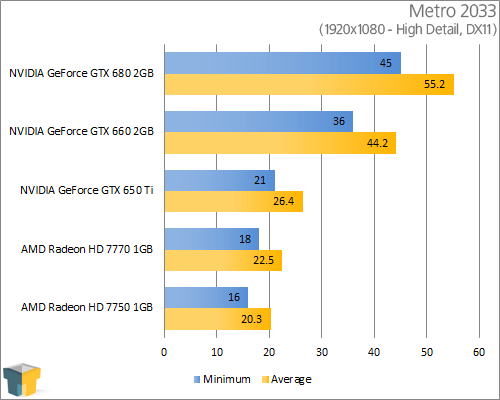 There are few games on the planet that can make Battlefield 3‘s requirements seem modest, but Metro 2033 heads up the club. The game came out two years ago and still manages to punish current systems when the DirectX 11 mode is used. With our lowly 650 Ti, the game was simply unplayable. To make it so, we had to drop down to DirectX 10 mode, which boosted us to 54 FPS on average. Thankfully, we were able to retain the “High” detail setting.