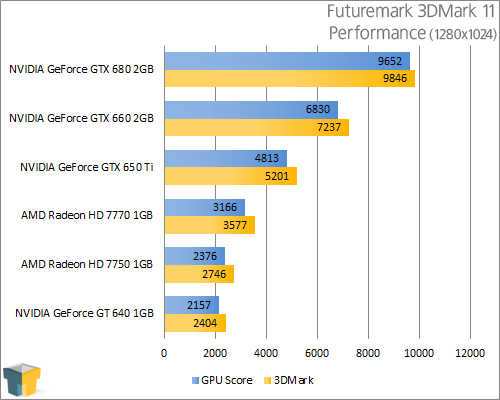 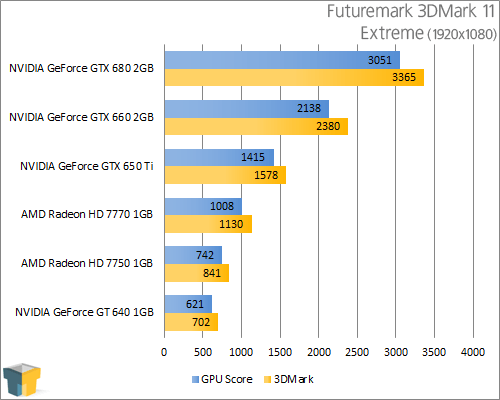 According to 3DMark, GIGABYTE’s overclocked GTX 650 Ti performs close to 40% faster than AMD’s Radeon HD 7770 1GHz edition. This seems reasonable based on our earlier test results, but it’s important to bear in mind that AMD’s card can easily be found substantially cheaper than this GTX 650 Ti. Tis the joys of GPU buying.