When setting out to build a new PC, one of the hardest pieces to pick out is the chassis (at least for me I should say.) When I go into a build, I know exactly what I want in a case and if possible, I try to find a case with as many of these features as possible. For instance, I have to have 120mm fans. This is primarily because they are large, move a fair amount of air and are usually quieter than its smaller, 80mm brother. Another personal preference is the size of the case.

For me, I like large, open cases that allow plenty of room to work in, plenty of room for storage and plenty of room to appropriately hide the power supply cables not being used. Also entertaining the idea of water cooling in the back of my mind, itâ€™s these features that I have to have in a case.

With what I want clearly spelled out, the search begins. In the chassis world, the usual suspects come to mind. Itâ€™s easy to think of Antec, Thermaltake and Cooler Master but how many of you have ever given Gigabyte a passing glance? Long known for their excellent (and colorful) motherboards and video cards, Gigabyte is a component manufacturer that many people might overlook in their search for the perfect PC case.

Today, we are taking a look at Gigabyteâ€™s latest offering to the enthusiast, its Aurora 570 gaming tower. Keeping the favorite features of the original Aurora, the 570 keeps the twin 120mm exhaust fans at the rear of the case as well as the opening for water tubing should a radiator be installed externally. With all that the Aurora 570 offers, we intent to see just how useful of a case Gigabyte has released.

Being well known for their colorful products, it shouldnâ€™t come as a surprise that the packaging of the Aurora 570 is full of pictures and vital information about the case. 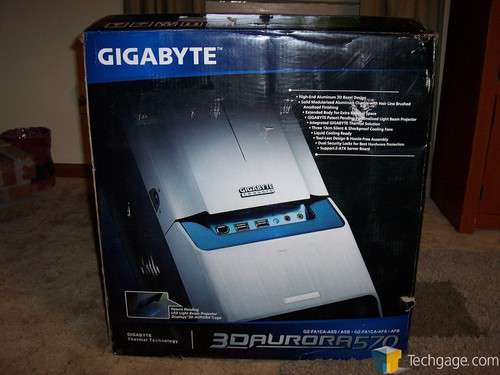 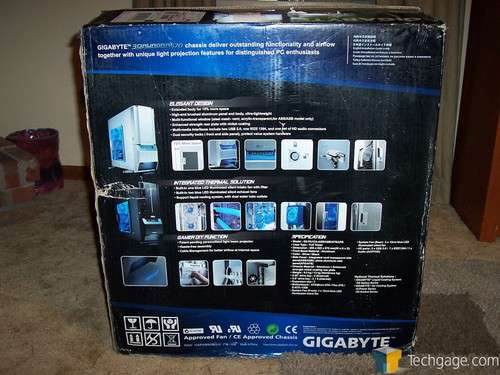 Once opened, itâ€™s clear that Gigabyte is looking to protect its product during shipping by securing it in a thick foam shell on the top and bottom of the case. To protect it against scratches, the case is also wrapped in a plastic bag. On the top piece of foam, there is a small compartment that houses the users manual. 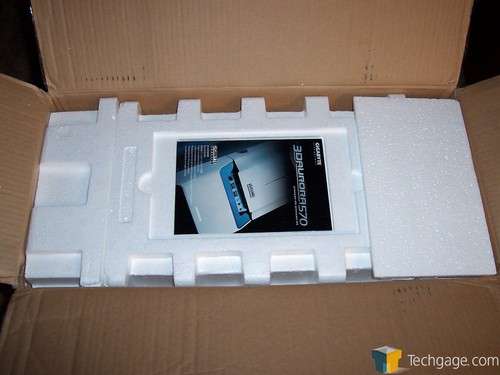 If you’ve had enough of the box already, let’s get right to unpacking.