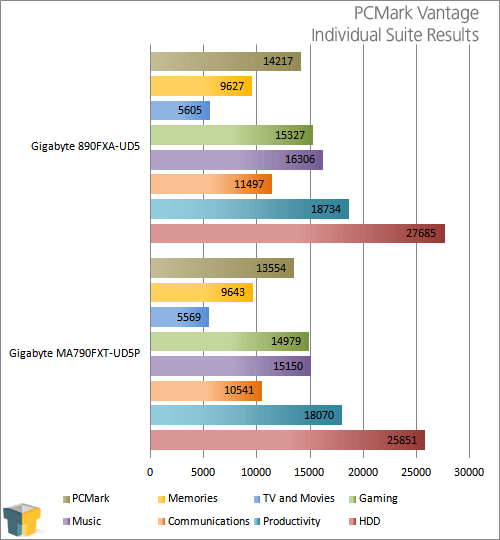 For the most part, the performance differences seen here are minor, but the 890FXA-UD5 does come out ahead. If the higher HDD score is something to go by, the improved SATA controller might have something to do with the rest of the test results also being improved.