For our test, we use a project found on the samples DVD that comes included with 3ds Max. It features a bathroom scene with numerous objects and makes heavy use of ray-tracing. We render this scene at 1080p, to mimic a render that one might do for a 3D movie. 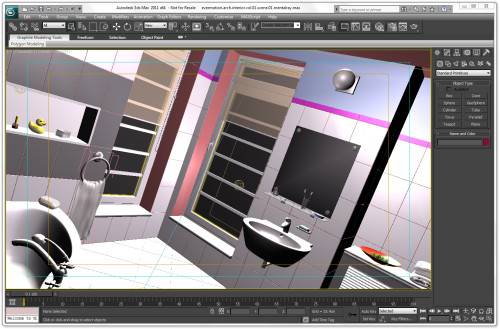 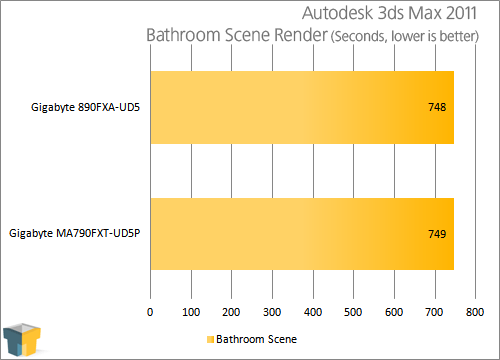 For our testing, we take 100 RAW files (in Nikon’s .NEF file format) which have a 10-megapixel resolution, and export them as JPEG files in 1000×669 resolution, similar to most of the photos we use here on the website. We also apply a light sharpening effect for glossy paper. Such a result could also be easily distributed online or saved as a low-resolution backup. This test involves not only scaling of the image itself, but encoding in a different image format. The test is timed indirectly using a stopwatch, and times are accurate to within +/- 0.25 seconds. 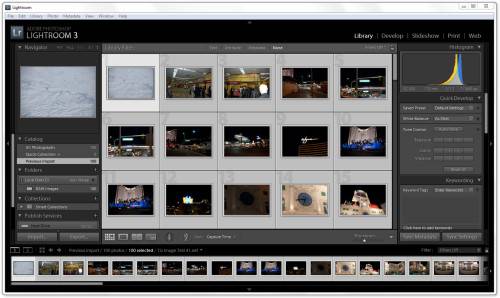 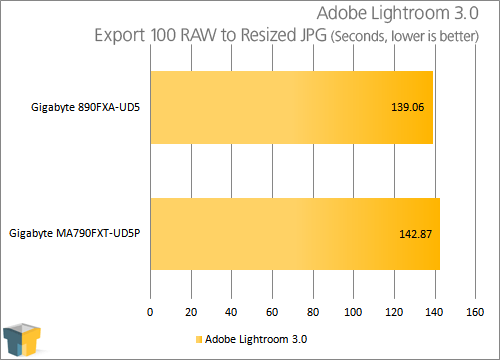 So far, both boards are neck-in-neck, again flip-flopping a bit. The largest gain was seen with our Lightroom test, with the 890FXA-UD5 clearing its run close to 4 seconds faster than the 790FXT.