For our test, we take a 3.99GB RAW (FRAPS) AVI video of Call of Duty: Modern Warfare 2 gameplay with stereo audio and transcode it to Windows Media format, 20Mbit/s, at the native resolution of 1080p. 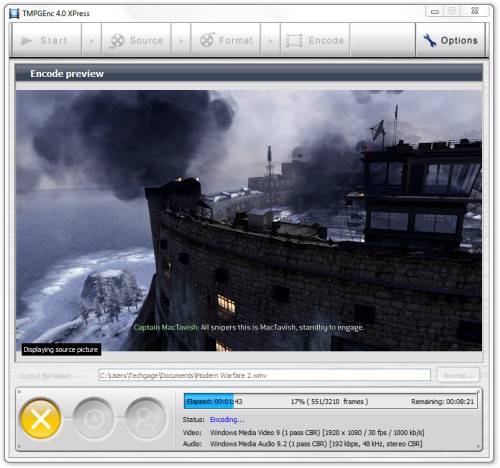 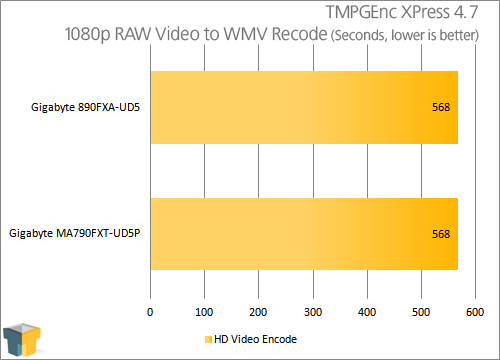 You can’t get much closer than this, literally.

SPEC, short for Standard Performance Evaluation Corporation, is an organization comprised of market-leading vendors with the sole purpose of developing realistic benchmarks that can be used to gauge the performance of hardware of all sorts, from full-blown workstations to individual components, such as CPUs and GPUs, along with memory subsystems and so forth.

SPECviewperf is one of the organization’s flagship benchmarks which focuses on OpenGL viewport performance. For those who might be unaware, a viewport is the main screen developers handle when designing new products, or renders, and in order for fluid motion, the action must be smooth. As the vast majority of viewports for industry use utilize OpenGL (because of its cross-platform nature), and therefore performance results from this benchmark are important.

This isn’t so much a great motherboard benchmark as it is a gauge for overall stability. Since this is a rather intensive test, it helps us out in making sure that there are no faults to be seen. 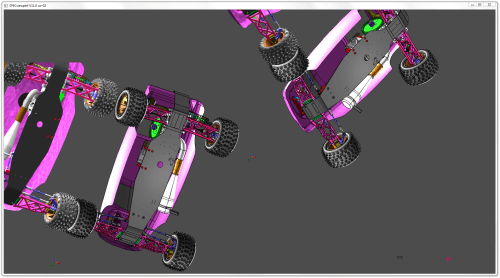 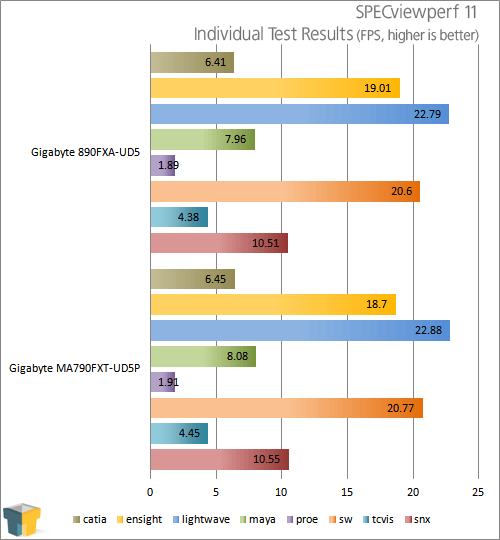 As expected, both boards delivered nearly the same performance throughout all of the tests. Interestingly, though, the 790FXT inched just ahead of the 890FXA overall.