To test the storage I/O, we use a tool that we’ve been using for a number of years, HD Tune. The developer released a “Pro” version not long ago, so that’s what we are using for all of our storage-related benchmarking. The drive being tested is a secondary, installed into the first available Slave port, and is not the drive with the OS installed. To avoid potential latency, the drive is tested once Vista is idle for at least five minutes, and CPU usage remains stable at <1%. 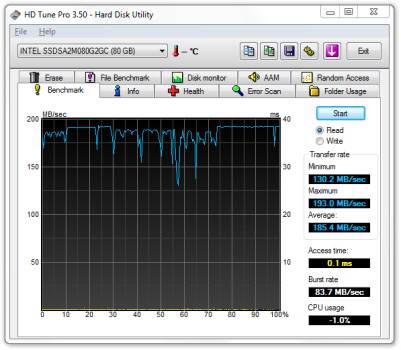 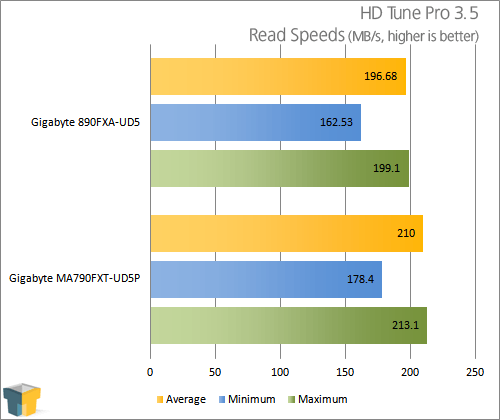 I admit I found these results a little bit interesting, because unlike our PCMark Vantage test, the older 790FXT board scored higher here with HD Tune. The differences are not large enough to become a problem, but it’s still interesting nonetheless.

Like Futuremark, SiSoftware is another company that needs no introduction. As far back as I can remember using Windows, I was using Sandra to check up on my machine, and to stress it. Over time, the company has added in numerous ways to benchmark your PC, and there’s pretty much nothing it can’t tackle. The company even recently added in GPGPU benchmarking, so it’s really on top of things. 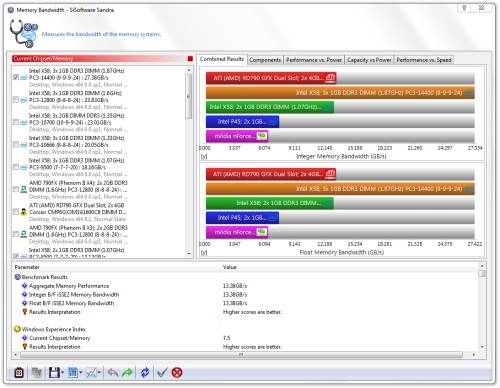 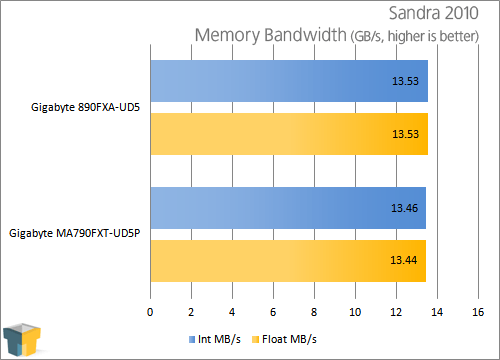 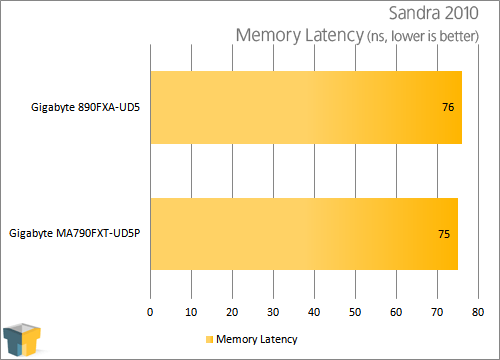 We’re back to normality here, with very little difference overall between the two boards.