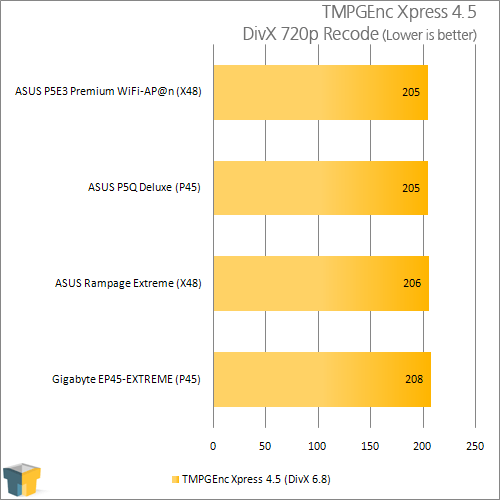 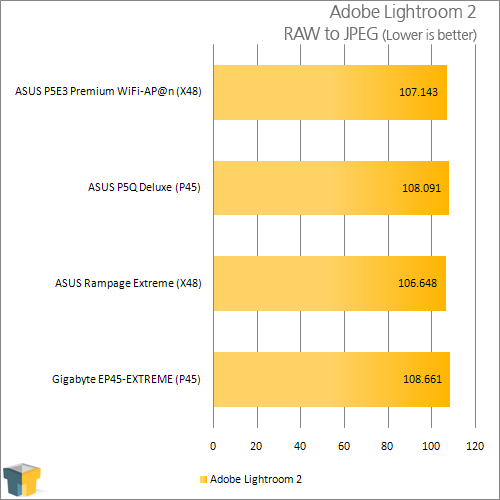 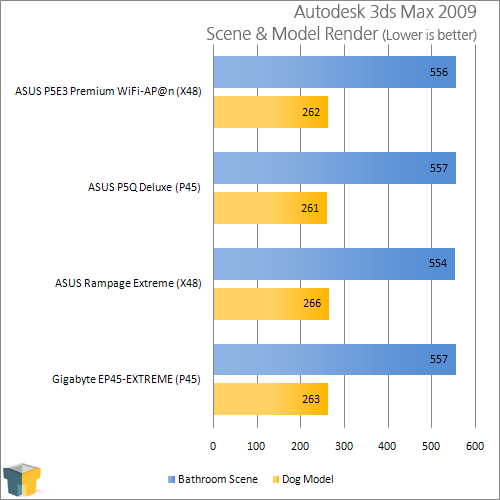 Both our TMPGEnc Xpress and Lightroom 2 tests showed the EP45-EXTREME to perform the worst (although the differences are still incredibly minor), while our 3ds Max test put it right in line with the rest.