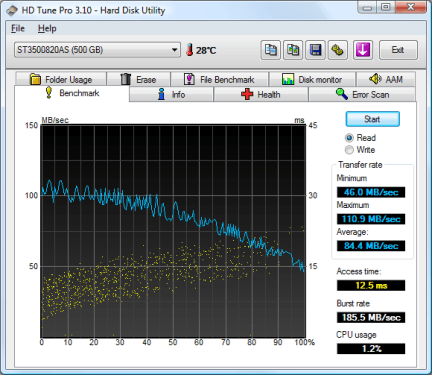 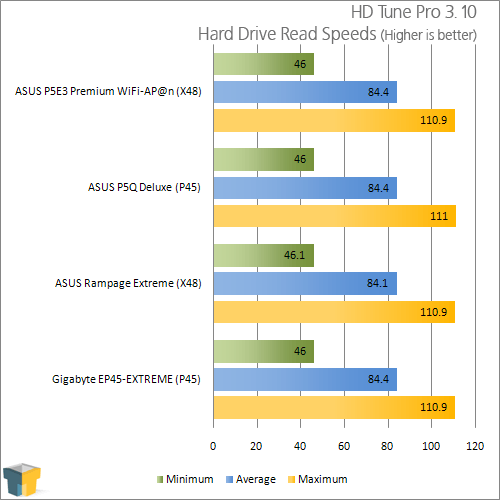 Things weren’t shaping up too well for Gigabyte’s board at first, but this storage benchmark shows it’s no slouch in that area. 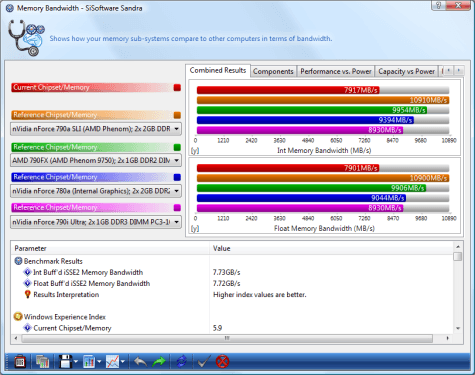 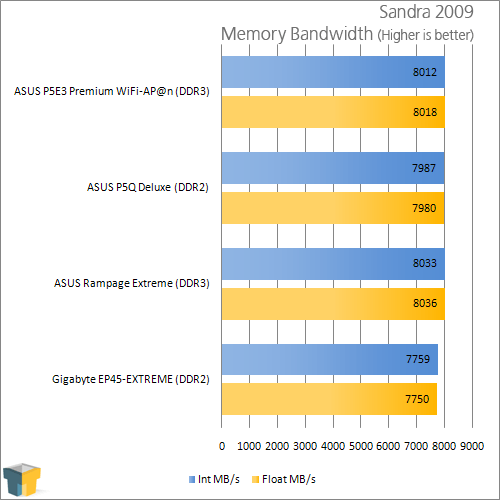 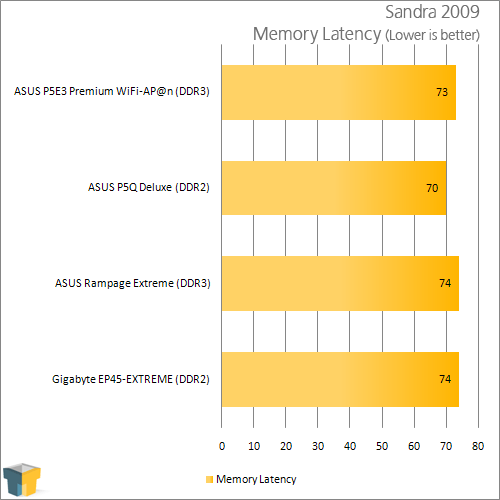 It looked like the HD Tune test was going to turn things around, but Sandra shows that the EP45-EXTREME is a wee bit lacking on the overall memory bandwidth and latency side. Again, these differences are small, and it’s doubtful to affect real-world application, but it’s a difference nonetheless.