Being that the BIOS and the board isn’t too far different than the UD5, I had a feeling I knew what to expect, and overall… I wasn’t too far off the mark. Luckily, the UD4P overclocks like most of the other X58 boards we’ve had in, and that’s a good thing. Whether you have an i7-920 or i7-965 Extreme Edition, you’re going to be seeing some sweet clocks.

Without raising the voltages even an inch, we were able to push the board to an impressive 160MHz Base Clock while retaining full stability. This is rather impressive, as that would allow a 3.2GHz clock on the i7-920… with no voltage increase! Of course, we can’t say that 3.2GHz would be stable on all i7-920 chips, but from what we’ve seen from retail offerings, we have no reason to believe that the vast majority couldn’t. 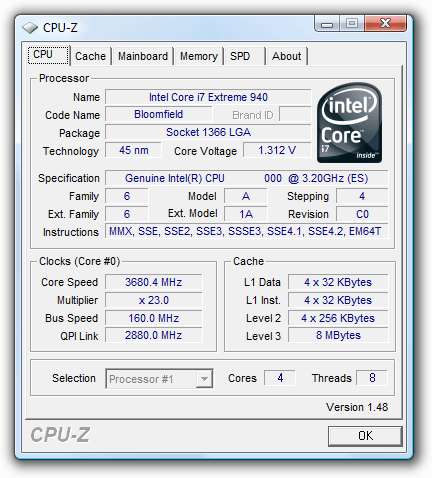 What if we take to increasing voltages? Maybe not so surprisingly, we hit 190MHz… the exact same overclock we hit on the UD5. This didn’t seem too surprising, and while we’ve hit more than 200MHz on some other boards, 190MHz is hardly lacking. Even on an i7-920, that would allow for a 3.8GHz clock speed, should the chip allow it. 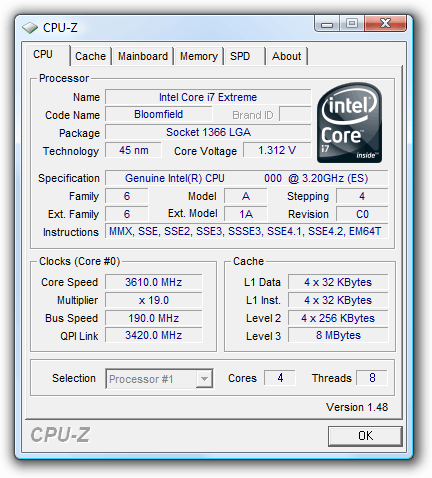 Gigabyte aims for great overclocking on their boards, and the UD4P delivers. To date, the only board we’ve had go beyond 200MHz has been the ASUS Rampage II Extreme. That board retails for $400, however, so there’s an obvious premium for ultimate overclocking-ability.