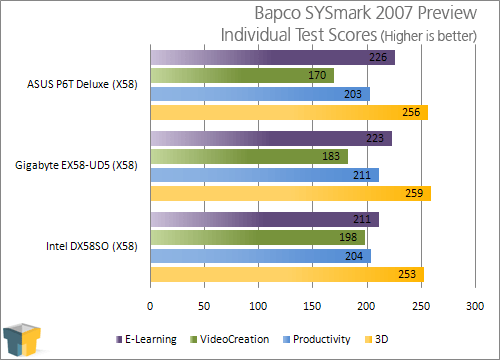 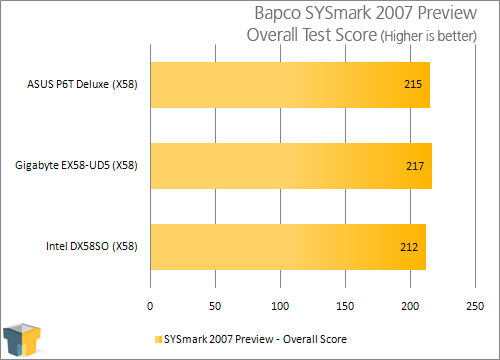 One thing I should note before we begin analysing the data, is that for whatever reason, Gigabyte’s board seems to clock the CPU a bit higher than the others here. While the ASUS and Intel boards kept close to a stock 133MHz Base Clock, the EX58-UD5 hovered more around 134.9MHz. While that seems like a small difference, that essentially adds 45.6MHz to the total clock speed, which is significant. So, it should be a common theme to see the board score slightly higher in most tests, and the graphs here show proof in that theory.