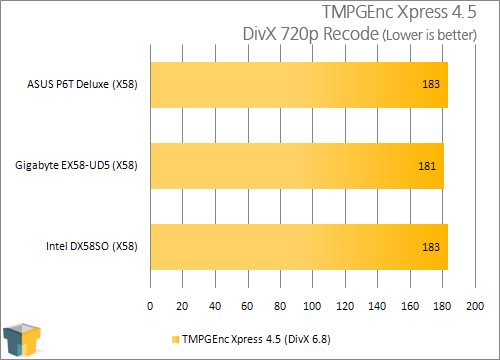 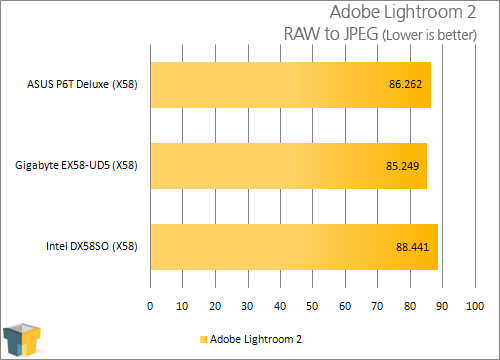 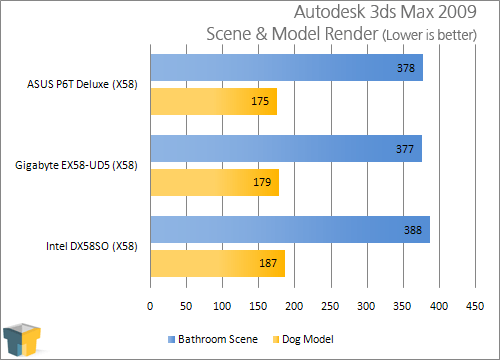 The Gigabyte board continues to excel here, thanks to its slightly increased Base Clock, in all tests except the Dog Model, where it proved 4s slower than the ASUS board on average.