by Rob Williams on January 29, 2008 in Motherboards

There are few P31-based motherboards on the market, but as we find out, they are well-deserving of some attention. The board we are taking a look at today hovers around $100, but despite it’s value status, it’s a great offering.

Intel launched their P35 chipset to much fanfare last May. Although it was an evolutionary upgrade, it brought a lot to the table and offered exceptional performance. The problem, though, was that it was designed for mid-range and high-end motherboards, cutting out the budget offerings entirely. So naturally, a month or two after that launch, Intel followed-up with the introduction of the P31 and G31 chipsets for the value-conscious.

The launch of P31 was interesting, most notably because I didn’t even know about it until months after the fact. I didn’t receive a single press release, either from Intel themselves or board partners. To say it was a quiet launch would be an understatement. In all likeliness, Intel didn’t want to push the chipset too hard in order to better promote their higher-end and far superior P35 and G35, considering most of those motherboards still go for reasonable prices.

With most budget chipsets or motherboards in general, corners are cut and features are taken out in order to cut down on costs, to create a motherboard that is affordable for anyone, and P31 is no exception. However, as we find out in our performance reports, this chipset shouldn’t be undermined… it’s a solid performer, making the price/performance ratio a good one.

So why is there no P31 love? It’s a good question. As it stands right now, there are three available P31 motherboards on one popular e-tailer, and this board isn’t one of them. Compare that to the close to fifty that are available with P35. The cheapest P35 boards retail for around $100, but their feature-sets are cut down so much, it almost becomes a P31 board in itself with better memory support. Most P31 boards, however, retail between $70 – $80, with the GA-P31-DS3L retailing for ~$100.

The fact of the matter is this: If you are looking for a solid Intel motherboard and are not picky with features, P31 is a good choice. As seen in the table below, the biggest hits are with the south bridge downgrade and lack of overall USB ports. But even with the downgrades, most people are unlikely to even notice, or care.

Plus, things are not as bad as they seem, since Gigabyte has released BIOS upgrades and special functionality to help make up for what P31 takes away. Instead of the limited 6 USB ports for example, 8 is possible on this board. The same goes for the top-end FSB frequency, which Gigabyte bumped up to 1333FSB to match the current 45nm dual and quad core processors. Even the NIC uses a Realtek chipset to enable 1Gbit operation, so in the end… this board is not that feature-lacking overall.

Like all of Gigabyte’s offerings, the P31-DS3L arrived in one of the cleanest-looking motherboard boxes around. Professional, bright and informative. The first thing I noticed, however, was how light the box was when compared to other offerings. Indeed, the board itself is smaller than most, and the included extras are also few. 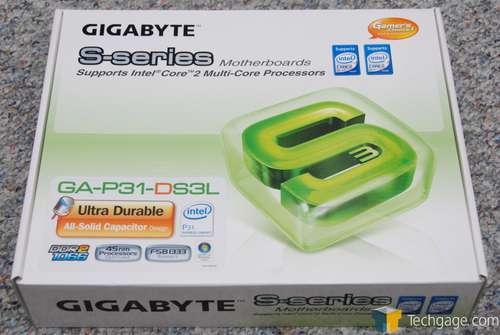 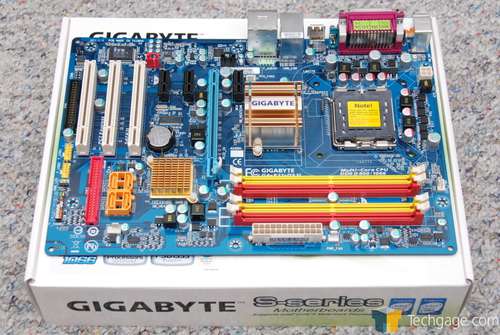 Care to have a little trip around the board? First stop is the bottom-right-hand corner, where we have two on-board USB connectors (each can handle two ports, helping to bring the board total to eight), the single IDE port, four S-ATA 3Gb/s ports, ATX connectors and also a 4-pin fan connector. 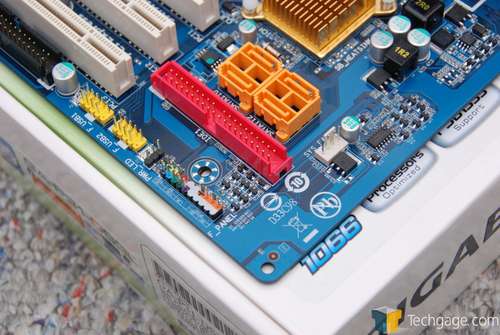 It might be a value motherboard, but the slots are plentiful. I appreciate the fact that there are three PCI slots. Even most enthusiast motherboards include less than this. In addition to those, there are 3x PCI-E 4x and a single PCI-E 16x for your graphics. The floppy connection is located below all of those, in what could be the most inconvenient location on the board. 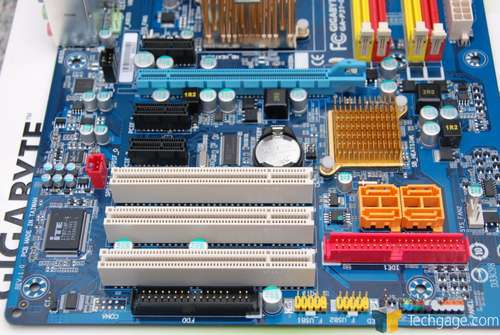 Neither the P31 or ICH7 chipsets generate much heat, so simple sinks are used. Silence is golden… and so are these heatsinks. 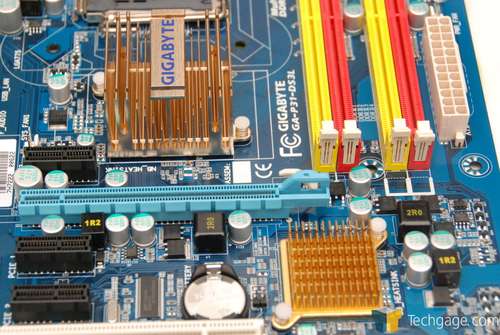 Four DDR2 ports are found, although 8GB is the maximum allowed due to chipset limitations. I didn’t test out running 2GB modules, but they should function fine, as long as there is only two. A 3-pin fan connector is found here as well, perfect for a RAM cooler. 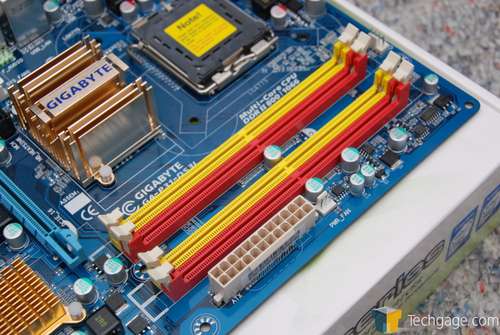 On the side panel we have PS/2 keyboard and mouse ports, S/PDIF output, serial and parallel ports, 4x USB 2.0, a single LAN and also the audio, powered by the Realtek ALC888 chipset. 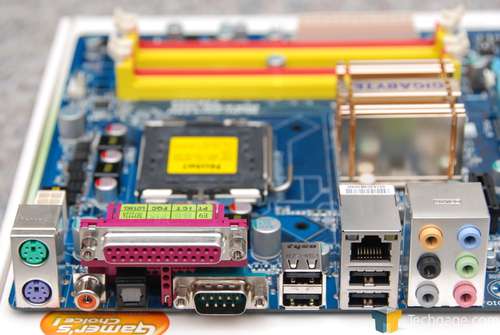 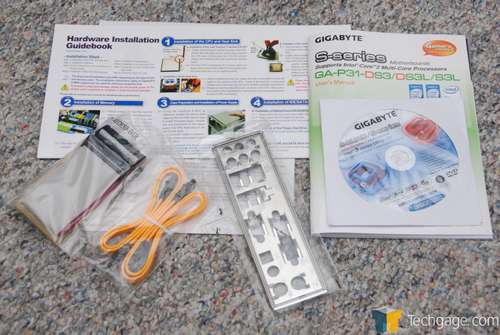 The P31-DS3L might not be an enthusiast-level offering, but given the price, it’s a great-looking package. As far as the layout is concerned, I cannot find much complaint. If anything, the floppy connection seems to be in an inconvenient location, with the cable needing to stretch across the chassis. Though, I’m assuming the vast minority will have to deal with this issue, as floppy drives are not commonplace anymore.

There are three spare fan connectors, which I consider to be great for a value board, and the PCI-E slot is clear of anything, so installing a large card won’t be a problem.

Up next we will take a look at the boards BIOS and see if it also represents that of a budget offering.