I’ll admit something. I received this board Tues afternoon at 9:30AM PST, which means I had a little over eleven hours before NDA was lifted. If I were to say that I had a lot of time to experience what the board has to offer, I’d be lying. That said, I will be unable to slap a rating at the end of this review, simply because it cannot realistically be done.

During the time I did use the board, I am left impressed and wanting more. In true Gigabyte fashion, the board looks great, performs well and is feature-packed. If you are someone who is dying to have X38 and don’t feel like waiting, then I am doubtful you’d go wrong with this board. 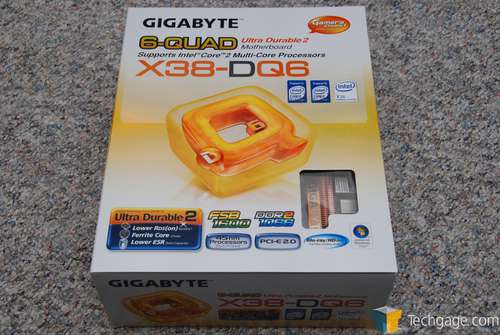 The BIOS is rich with enthusiast options, and quite stable. I made a boo earlier in testing where I set an option too high, but the motherboard recovered from it just fine, after a second reboot. One thing that struck me though, is that you need a jumper to short two pins beside the BIOS battery if you want to reset it. Oddly enough, one is not included with the board. Normally there are three pins around the BIOS, with a jumper covering two of them, but no such thing here.

As we touched on earlier, this board is developed with high-end users in mind, so all of the components used were carefully chosen before being implemented, such as the Ferrite Core Chokes and low ESR solid capacitors. Even if you don’t care what those are, you can rest-assured you are buying quality when picking up this board, one that should last a lot longer than you need it to. 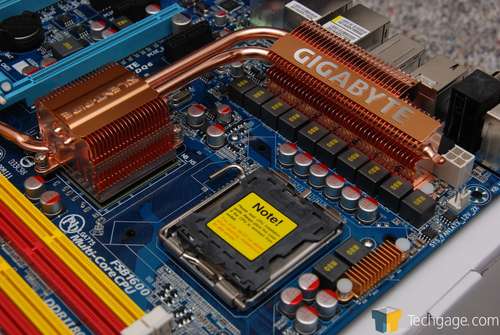 The lack of overclocking testing is linked straight back to the fact that I had this board for less than twelve hours prior to posting this review. As it stands, we are in the process of re-benchmarking all of our motherboards using a Quad-Core processor and slightly different applications. This review is more of a preview, and an update will be posted later this week, if testing on the other motherboards can be completed on time. In the weeks to come, you can expect more X38 motherboard reviews, so stay tuned for that.

As it stands, X38 is looking good, Though right now, I don’t think anyone considers an X38 board to be a final release. The BIOS I received with the motherboard was dated for Sept 15, and an updated BIOS I received was dated for Oct 5. So even though X38 is out the door, BIOS updates will not be slowing down anytime soon. Does this mean that the current boards are prone to faults? Not that I could see, but I can’t be quoted since I’ve had limited time with one. If there are any major issues at all, it’s unlikely that they will not be discovered right away.