The Super Overclock isn’t only Gigabyte’s highest-clocked GTX 260, but it’s the highest-clocked GTX 260 I’ve found anywhere on the web being sold. There are a few others that come close, but Gigabyte has really pushed the bar high. With such high clocks to begin with, I wasn’t expecting too much more juice to be pushed out of it, but I was a little surprised, as 720MHz Core, 1550MHz Shader and 2600MHz Memory proved to be completely stable.

Oddly enough, the card seemed completely stable at 730/1600/2700, and it even managed to pass through OCCT 3.0 for a full hour without an issue. But, the major overclock wasn’t a match for real gameplay, as games such as Crysis would crash within five minutes of playing. So, with your own card, you may very well be able to push the clocks higher, but for me, what’s listed above is all I could manage while retaining full stability. 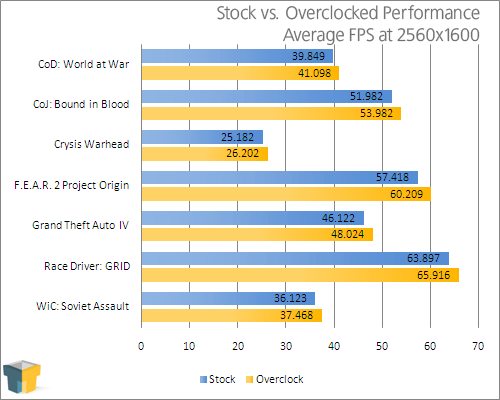 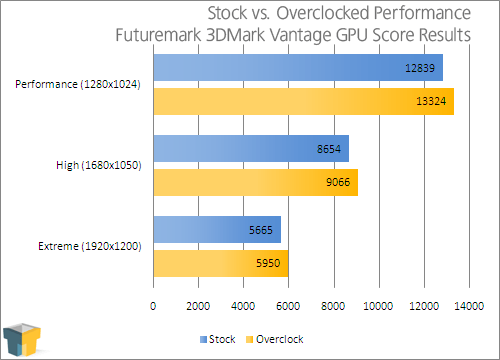 As you can see, the differences with the overclocked settings isn’t too staggering. Rather, it’s expected, and you have to ask yourself if it’s really worth the time, extra heat and additional stress on the card for so little gain. Personally, I’d say no. This card is super-fast as is.