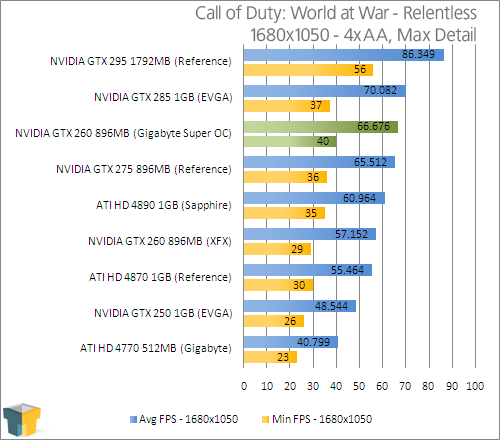 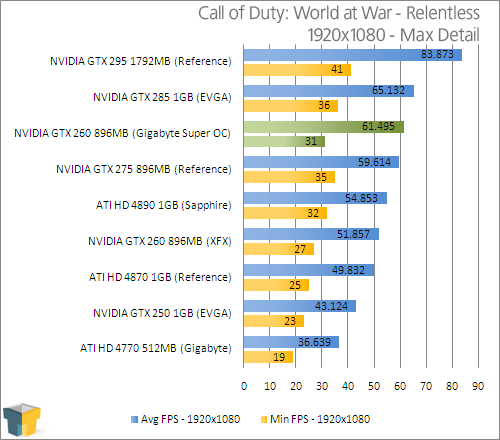 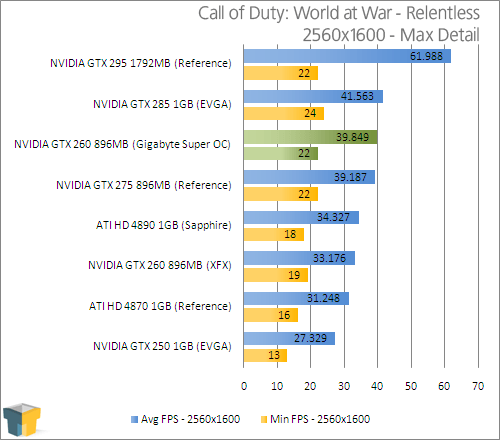 Given the pre-overclocked specs of Gigabyte’s card, it seemed obvious that it could keep up to the GTX 275, but so far, it’s actually managed to surpass its performance as well. Compared to a stock-clocked GTX 260, the Super Overclock proved 20% faster at 2560×1600. So what about it’s best-playable?

Well, not surprisingly, 40FPS is completely playable, so 4xAA at 2560×1600 is our choice. On the stock-clocked card, the highest detail settings are a bit too much, so Gigabyte managed to take us up to a new tier… something rarely seen by pre-overclocked cards.