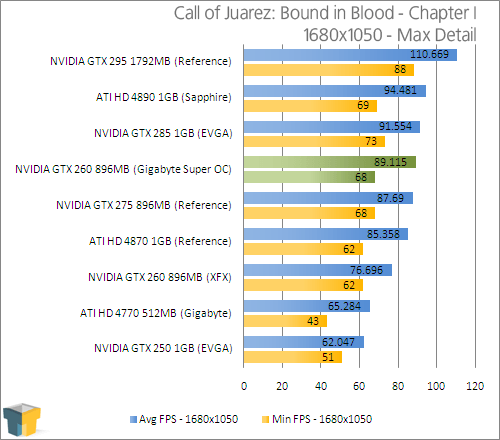 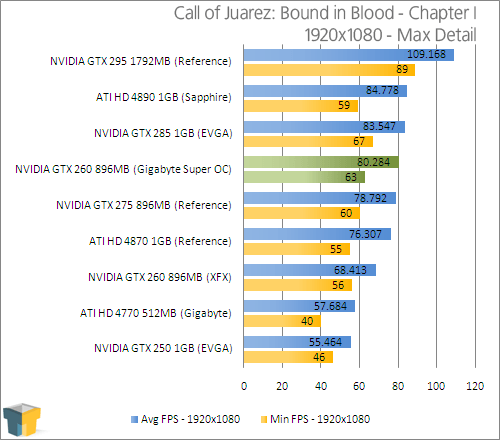 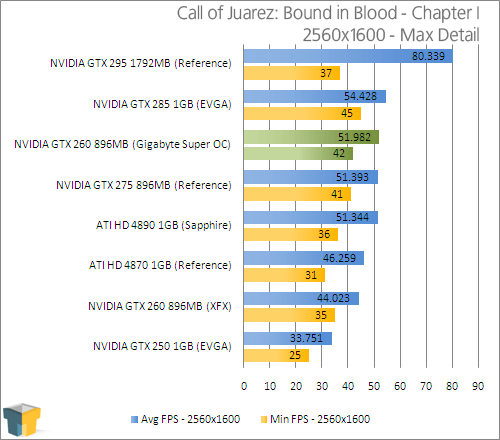 Similar to our Call of Duty: World at War results on the previous page, Gigabyte’s Super Overclock card kept in front of the GTX 275. Just barely, mind you, but successfully.

CoJ: Bound in Blood runs well on pretty much all hardware, so you’ll have no problem cranking up the detail settings on this card, or for that matter, even the GTS 250, which is impressive in itself. Generally speaking, the better the card, the smoother the gameplay.