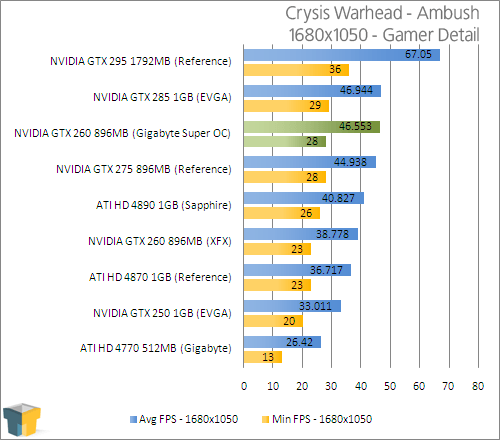 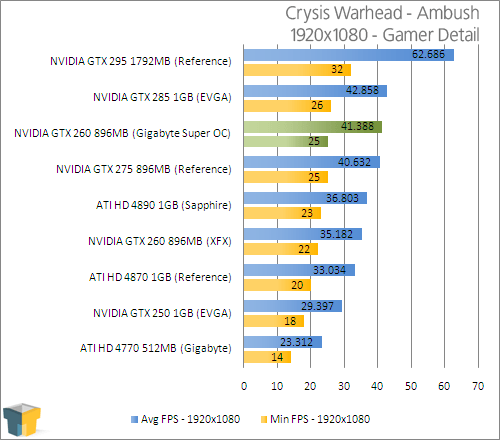 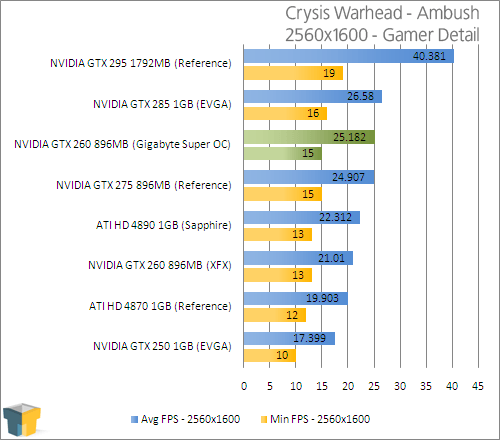 I sense a theme brewing here. Like clockwork, the Super Overclock card pulled just ahead of the GTX 275. The differences are unbelievably minor, but they’re very consistent thus far.

Crysis is one of those few games that tend to work poorly on any machine, and until ATI adds CrossfireX support for its HD 5870’s, running the game really well at 2560×1600 at Enthusiast profile is tough to pull off. So, to retain gameplay that’s actually enjoyable, we bump the profile down to Mainstream, and still manage to pull ahead of the GTX 275.