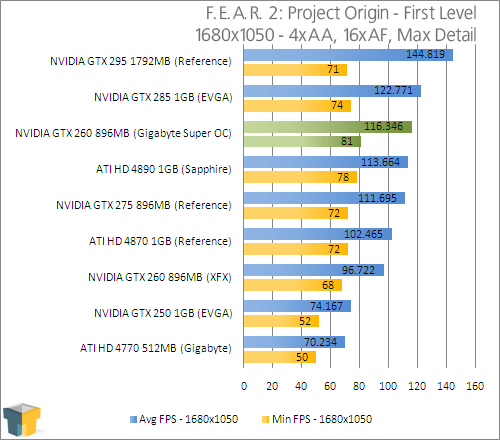 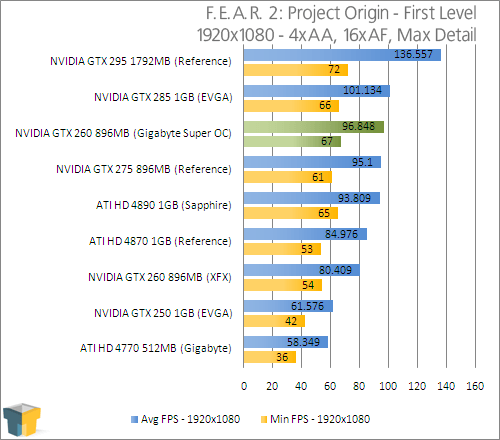 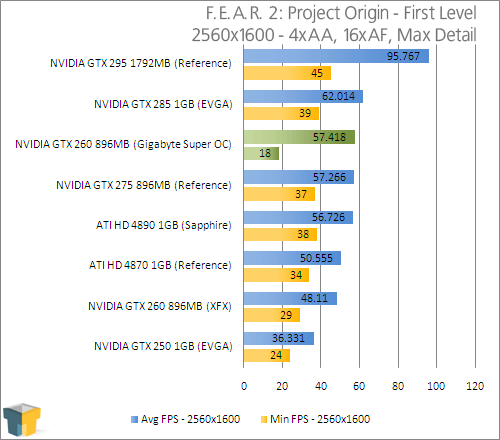 Gigabyte’s Super Overclock so far as consistently remained ahead of the GTX 275 in each game and resolution so far, but a noticeable trend is that the overall gain becomes less as the resolution increases. Still, Gigabyte’s card costs less than a stock-clock GTX 275. Faster performance for less money? No reasonable person would complain about that.

Once again, the best playable setting is the same that we used for our above 2560×1600 setting, at 4xAA and 16xAF. An oddity is the fact that Gigabyte’s card lacked a bit in the minimum FPS area, which was caused due to a longer pause during an automatic save. There was no issue in our previous GPU runs, so I’m unsure if this issue was tied to the card, or the game. Either way, it only occurred during this save point, and isn’t really noticeable as a lag spike is usually expected during an auto game save.