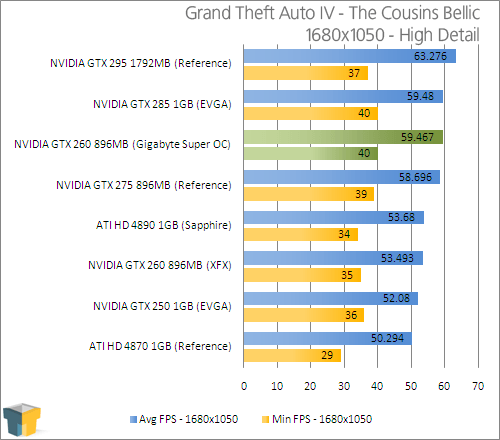 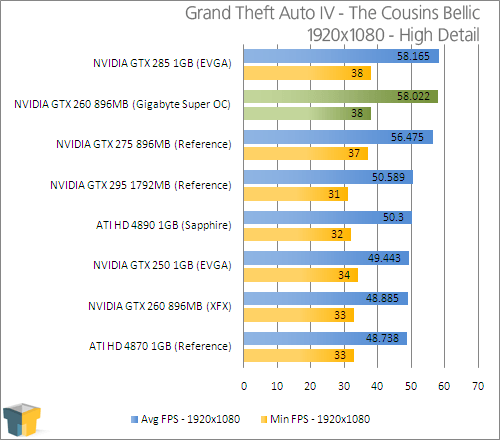 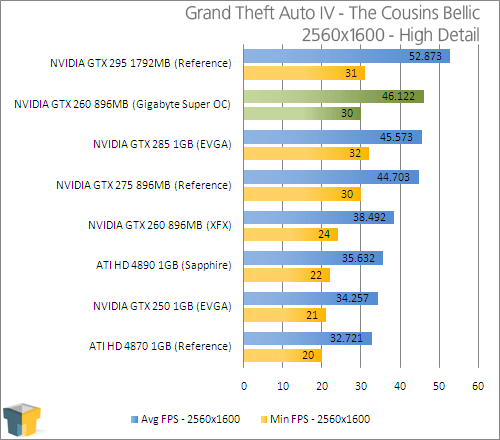 Despite the fact that GTA IV is an absolutely glutton of a game when it comes to system resources, increasing the resolution makes little difference in the overall performance, except on cards with lower amounts of memory. This game is one in particular that could actually see an improvement with 2GB of GDDR, as choosing the High or Very High texture settings really demand lots of memory.

Although this game feels somewhat sluggish even when it’s running well, I found the gameplay to be more than playable with our 2560×1600 settings. The only card so far able to go even higher has been the dual-GPU GTX 295.