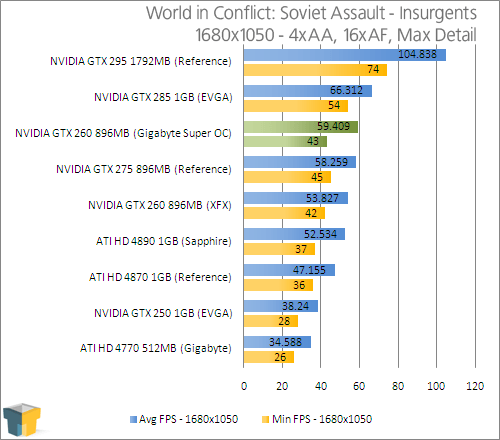 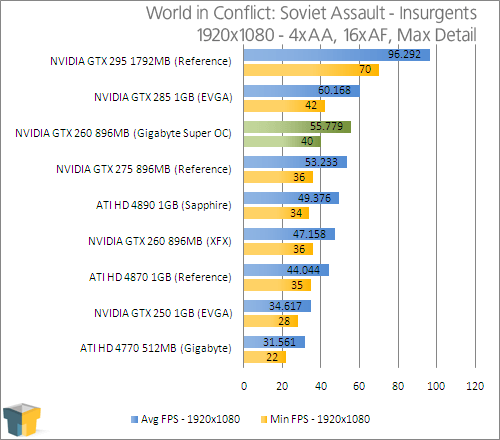 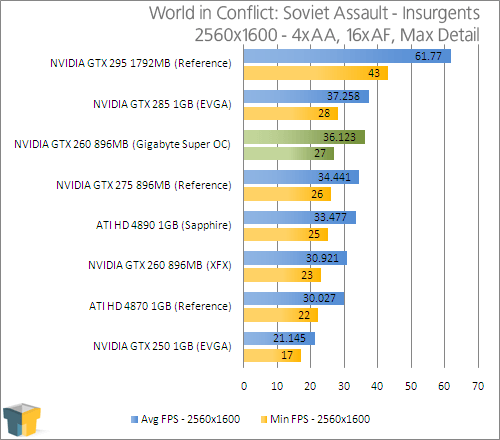 What a way to wrap up our real-world game results… the exact same way most of our results have been up to this point!

Although the game is playable with 4xAA at 2560×1600, the gameplay is made much more smooth, and enjoyable, with anti-aliasing removed entirely. This is also one game where AA isn’t too noticeable in the heat of battle, so it’s hardly even missed.