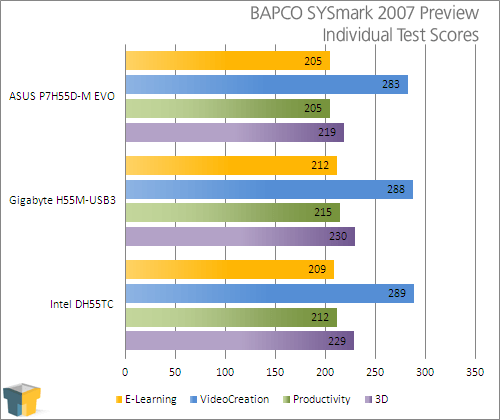 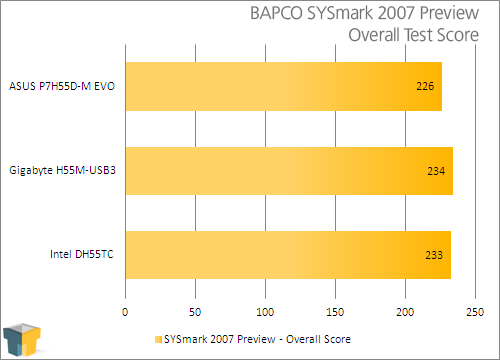 In tests like these, it’s hard to find an overall worth for a particular board given the scores are so close to one another, but again, that’s the point of tests like these. We don’t expect boards to perform horribly compared to another, but if that was the case, we’d see it here. For what it’s worth, though, Gigabyte’s board took the crown, beating Intel’s board by a single point.