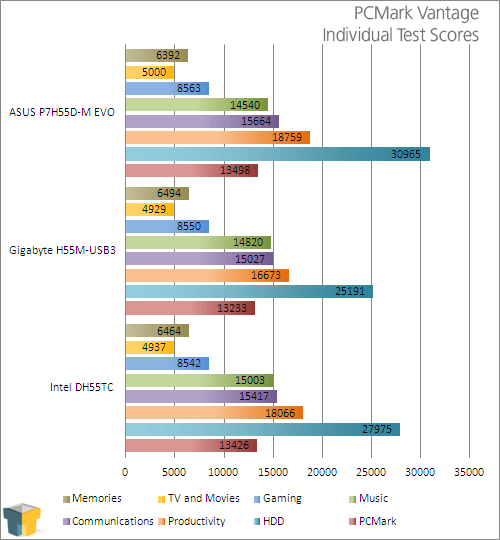 Once again, the three boards here come extremely close to one another in most tests, and then flip-flop in some others (this is typical of most Futuremark benchmarks). Interestingly enough, Gigabyte’s board scores a bit lower in the overall PCMark score, likely due to the lower overall HDD score. For some reason, all Gigabyte motherboards of late have scored a bit lower in this test, and I’m unsure as to why. It’s of little concern, however, as the rest of our benchmarks proves there’s no real issue.