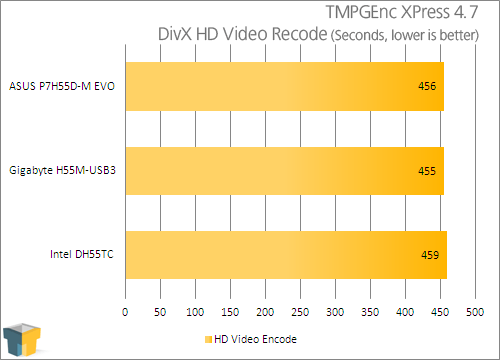 The results are once again close, but Gigabyte’s board comes out on top, but just barely.

Intel’s Clarkdale is built with HD content in mind, so it’s only right that we exercise that between our motherboards to see which one fares best overall. For all intents and purposes, Blu-ray or other HD playback on any of these motherboards won’t prove to be an issue, but our goal is to see overall which board performs better where overall CPU usage is concerned. Like with most of our other tests, we don’t expect huge variations here, but we again want to make sure that one motherboard doesn’t have a significant issue worth pointing out.

To help track our CPU usage, we use Everest 5 Ultimate Edition, from Lavalys. It allows us to keep track of the CPU usage on an overall and per core basis, with the former being the number we report below. For our testing, we use the Blu-ray movie Fast & Furious, which is encoded in VC-1. We begin recording our CPU usage with Everest as soon as we begin the main movie, and we stop recording after 30 minutes has elapsed. 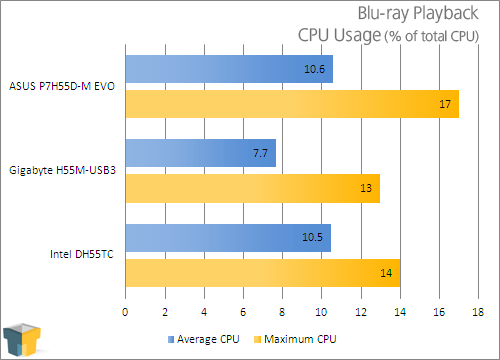 The average result for the Gigabyte board is rather interesting, given it proved to be almost 3% lower than both the ASUS and Intel offerings. Even the max value is lower than both of the others. Not a bad showing (no pun of course)!