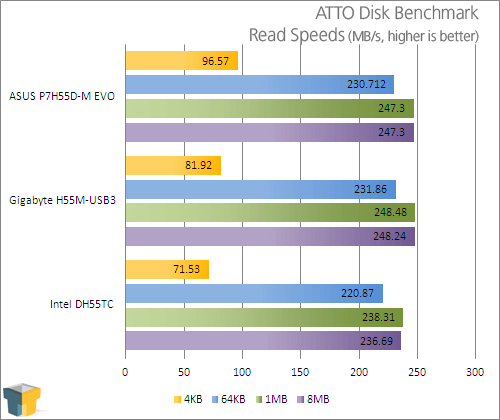 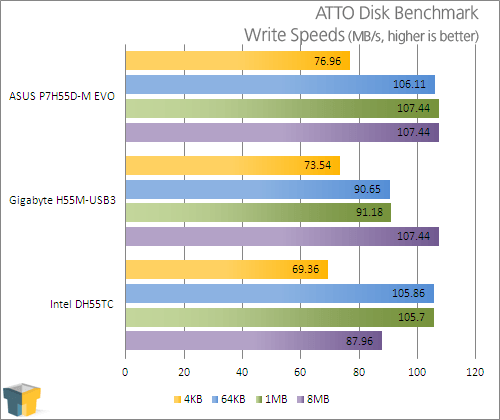 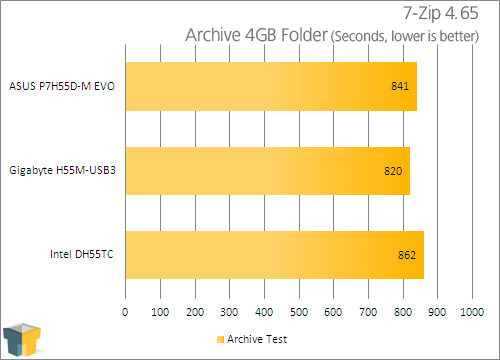 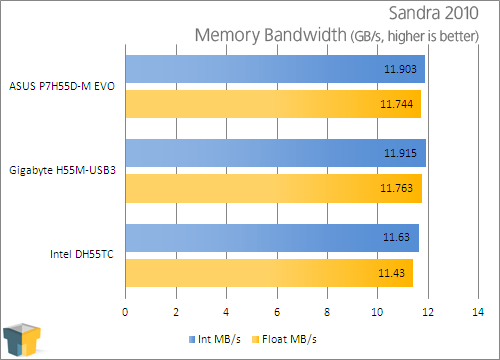 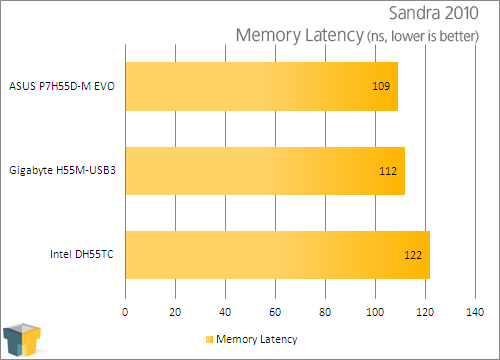 There’s nothing out of the ordinary here with any of the results, although it seems rather clear that when dealing with SSDs, the storage performance can vary quite a bit from board to board and situation to situation. The forced loose memory timings on the Intel board really shows itself in the Sandra Latency test.