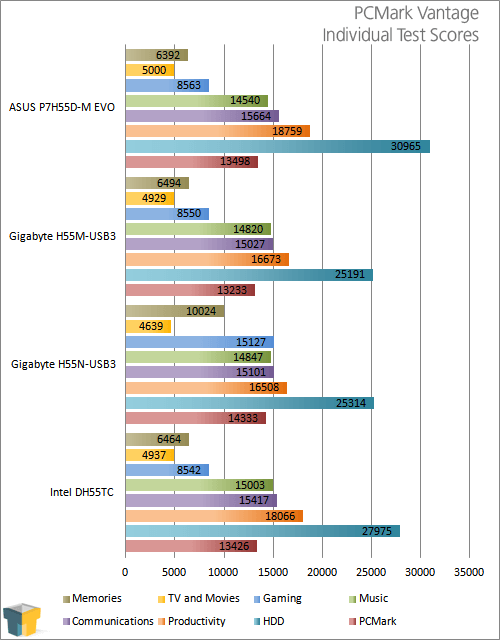 As we’d expect, top scores are traded between all of the boards, so it’s impossible to call one an our-right winner. One oddity you might notice, though, is that on the H55N-USB3 board, the “Memories” test far surpasses the three other boards we tested. I thought I might have inputted the score wrong, but after a quick look at my screenshot backup, that wasn’t the case at all. I can’t explain why the H55N-USB3 flaunts itself so well there, but I’m sure Gigabyte won’t mind.