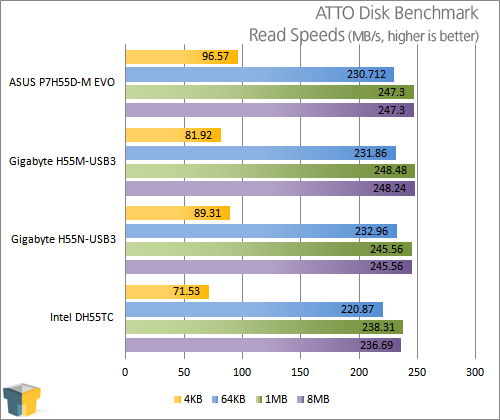 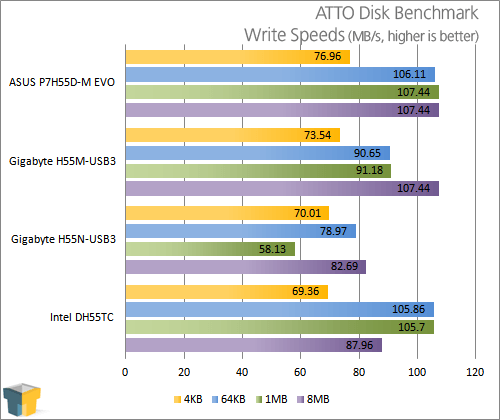 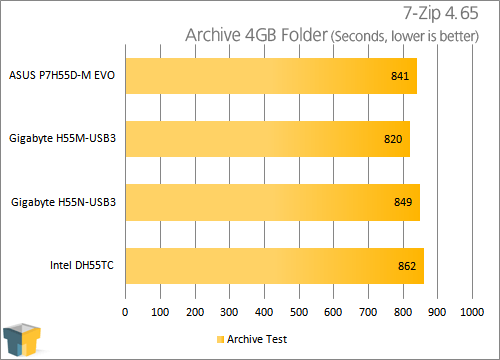 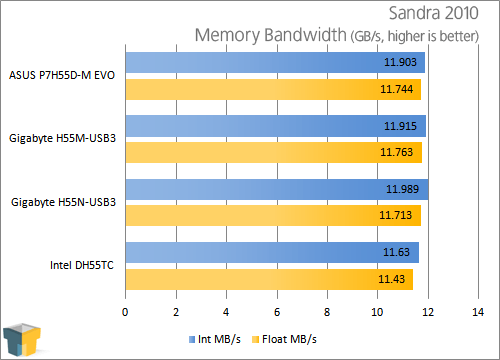 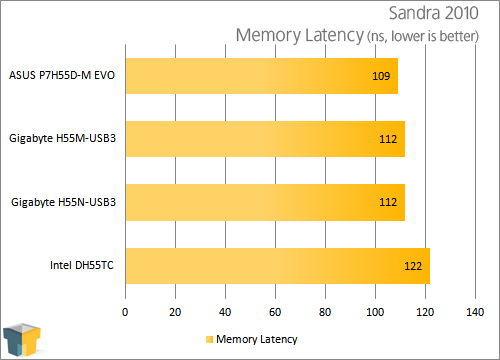 There’s nothing out of the ordinary here with any of the results, although it seems rather clear that when dealing with SSDs, the storage performance can vary quite a bit from board to board and situation to situation. As for memory latencies, the H55N matches its bigger brother’s 112ns.