Although the event took place on Saturday and Sunday, the actual competition ended on the former. That morning, Gigabyte’s VP of North America Sales & Marketing, Tony Liao, helped kick things off with a quick speech, which was followed by other small speeches from vendors. As the event progressed, Gigabyte’s Maggie Lin and Colin Brix handled most of the hosting duties (Colin was a trooper and flew in straight from Taiwan). 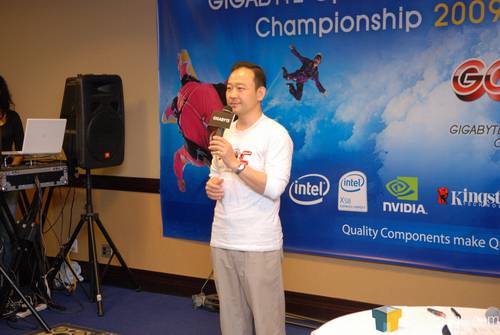 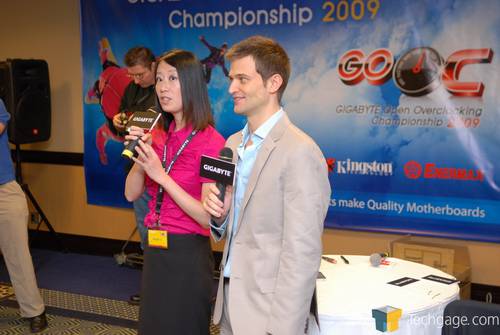 Once the speeches were done, the competitors got right to unboxing their parts and slapping them all together. Unlike most of our regular builds, which take almost no time at all to piece together, these machines are another story. Rather than carelessly place components on the motherboard and boot everything up, extreme overclockers have to take many extra steps, including insulation, greasing and semi-complicated pot mounting. Here’s a quick taste: 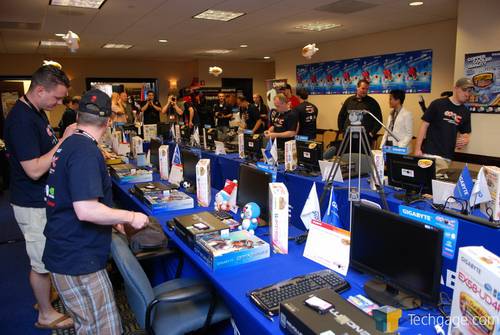 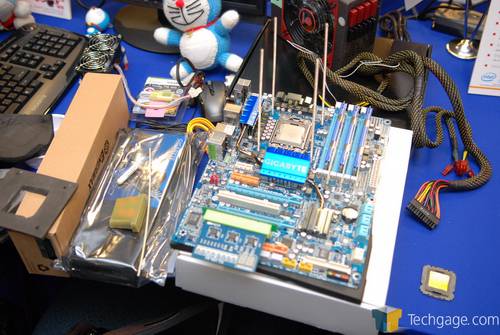 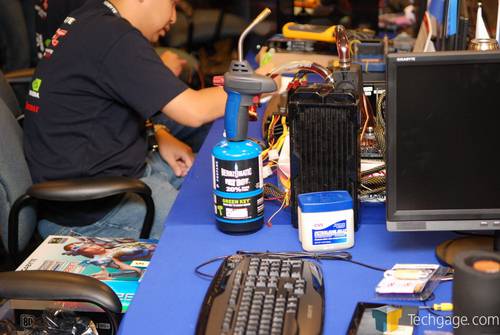 So things don’t get too cold and stuck together, a torch and petroleum jelly. 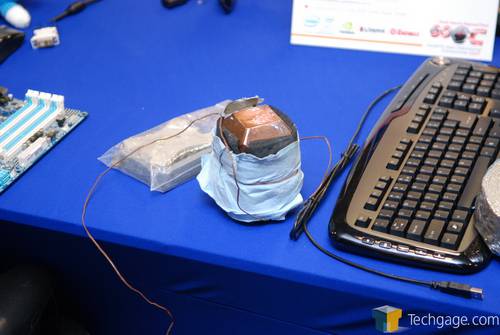 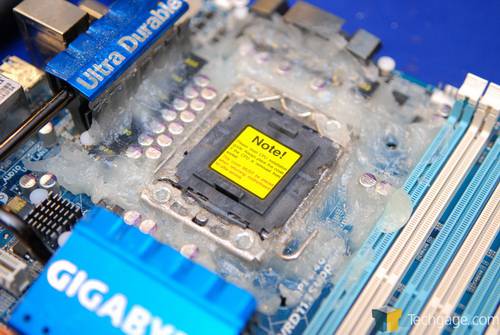 To think, it’s Gigabyte who deals with these boards after the competition.

There wasn’t an insane rush to get things built, thanks to the fact that the first contest began a few hours later, but the no competitor here took their time. It didn’t take too long before all of the machines were built and the overclockers were double-checking everything to make sure their rig was fully prepared for the first overclocking contest, Super Pi 8M.

How the competition was structured was that two different contests were run. The first, as mentioned, was Super Pi 8M, which for the unaware, is an application that calculates the first 8 million digits past the decimal place in π (3.14359…). It’s a single-threaded tool, but regardless of that, the highest processor frequency is pretty much guaranteed to be the winner. Tighter memory timings can help also, but not as much as a few extra megahertz on the CPU.

After Super Pi, the other benchmark to be used was 3DMark Vantage, from Futuremark. This contest actually consisted of two separate tests, which gave overclockers even more ways to gain points to their total. The overall score was of course one of those, with the HDR/SM3.0 being the other.