The Super Pi contest went quite well, with some really tight moments along the way. FUGGER helped prove why he’s one of the world’s most respected overclockers by placing first with a score of 30.625s. Since he doesn’t qualify, the “real” 1st place (really 2nd) was miahallen, with his ultra-close score of 30.969s. The second and third place winners weren’t too far behind, though, with Rdrash in second with 32.312s, and Gomeler with 32.563s. 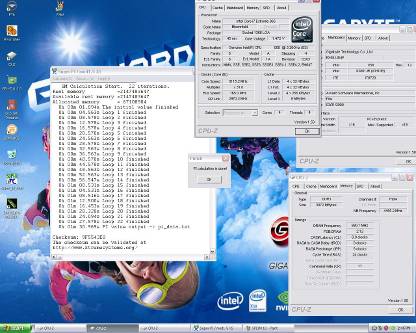 Towards the end of the Super Pi competition, when some competitors realized they weren’t going to be able to place in the top three, work began on preparing their machines for 3DMark tests, which meant tearing off the GPU’s cooler and installing yet another LN2 block. Yes, both the CPU and GPU would be cooled with the ultra frigid liquid (-196°C).

While Super Pi was a single test, 3DMark consisted of two, which meant a greater chance for extra points if you managed to get in a good ranking in both the HDR and overall score tests. And though it may seem that if a card is overclocked in a certain way, it would excel in both tests, it really comes down to how and what you clock. Boosting the Shader clocks will improve results differently than if only increasing the Core clock, for example. 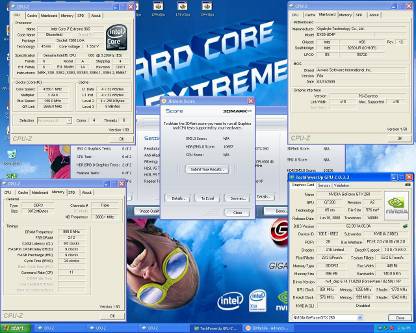 Things changed up a bit with the overall score, with sno.Icn boosting his third place to first with a score of 24,869. Second place went to Maxi with 24,624, while third went to fellow Canadian 3oh6 with 24,409. Overall, a very close race all the way through. 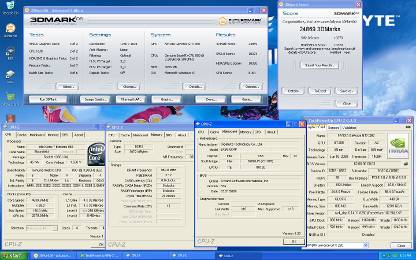 So, who proved to be the number one overclocker in North America? Before I tell you, I need to say that this competition was absolutely amazing, and I’m impressed with how each overclocker did, scores aside. In some cases, the scores were literally milliseconds apart, and those who fell further behind had little other to blame than the hardware they were given (primarily the processor, which can vary wildly in overclocking-ability).

And though the competition was tight, this wasn’t a fierce competition. Every overclocker in the room considers each other to be friends, and numerous times throughout, I saw many exchanging ideas with each other, or if someone was truly stuck, help would be offered. That’s the true overclocker spirit, not only to be the best out there, but to enjoy the ride and make friends along the way.

But, there has to be winners in any contest, so let’s start with third place. That happened to be Mark (Maxi), with a total of 13 points. For his win, he walked away with a Gigabyte EX58-UD4P motherboard and the GeForce GTX 260/216 graphics card, a 3GB Kingston DDR3-2000 memory kit and also Enermax’s Revolution 85+ 1050W power supply.

Second place went to Jeremy (sno.Icn) with a total of 14 points, only one past Maxi. For his win, he walked away with the exact same stash of hardware as Maxi, which is still a good haul after a fun event.

Finally, first place went to Jeremiah (miahallen) who scored a staggering 19 points overall… total domination. Like the others, he walked away with a motherboard (upgraded to an EXTREME), graphics card (upgraded to a GTX 285), a RAM kit and the power supply, but the swag didn’t end there. For this prize, Intel also threw in a brand-new Core i7-965 Extreme Edition processor (not sure if it was ES or not) and also their X25-M SSD. And… 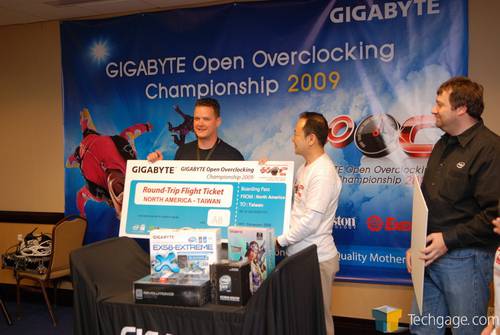 … not to mention that Gigabyte gave him one heck of a flight ticket – a round-trip to Taipei, Taiwan for the GO OC 09 finals. What a sweet haul! We wish miahallen the best of luck over there… let’s put North America on the map and stay there!