As this GO OC 09 regional final was the first-ever overclocking competition I’ve attended, I wasn’t quite sure what to expect. Although I have read reports of previous events, it helps to experience them first-hand, and you can truly understand just how knowledgeable and passionate these hardware gurus are. While I’ll overclock with a few simple settings in the BIOS, these guys have no problem hauling their soldering gun out. I’m not quite that hardcore.

Competition was undoubtedly tough, and everyone there wanted to win, but that didn’t stop anyone from being friendly with each other, and as I mentioned earlier, there was no shortage of help to those who needed it… especially a couple of overclockers who wound up with really poor CPU samples and ended up with absolutely no points in the end.

Even Intel showed some team spirit, and to help make up for their lackluster samples, Francois awarded an SSD to both Gautam and Ross, who scored 0 points overall by no fault of their own. That’s overclocking for you… unpredictability is the name, and if you’ve ever spent many hours clocking any component beyond its limit, you’ll understand that well. 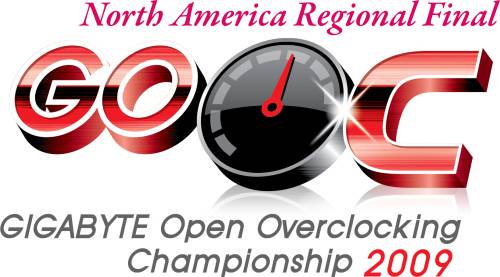 I also have to give kudos to Gigabyte, because although they are using overclocking as a marketing tool (and who can blame them?), they did a fantastic job pulling this show off and were really hospitable to both the overclockers and the media (if I ever complain about free beer, someone please put me out of my misery). Gigabyte’s Angela Lan, Rita Kuo and Sherri Lee are three girls who probably never overclock their PCs, but that didn’t stop them from making sure everyone was being taken care of, and each one helped make the show just that much more enjoyable, so huge thanks to them.

After the event, I had the opportunity to speak to a few different overclockers, and the general consensus is that Gigabyte really knows how to pull off a great overclocking event, and no one I spoke to was unhappy about anything (even those who wound up with bummed hardware took it in stride). I’m not a serious overclocker myself (which may become obvious in some of my content), but this event has inspired me to try just a little bit harder with my next clock.

I look forward to seeing how the finals turn out during Computex, and once again, good luck to miahallen. I for one will be watching that event like a hawk. For those interested in random photos, check out the next page. There were many I couldn’t fit into the article itself, so I loosely threw a bunch together there.