I admit that in past reviews of Gigabyte’s motherboards, I haven’t been ultra-kind with my opinions regarding the BIOSes used. The boards themselves have been great, but ASUS has spoiled me with the BIOSes they implement, as they’re easy to navigate and use, which is extremely important if you are spending hours, or even days, on overclocking.

With the company’s P55 series of motherboards, however, Gigabyte has taken some great strides to improve things I didn’t like before, and I’d have to say that I am much happier with how things are laid out now. In my opinion, there’s still room for some improvement, but we’re on the right track. I should also note that like most things, what you think of the BIOS will come down to personal preference. So, don’t be alarmed if you completely disagree with me.

Like all other recent Gigabyte BIOSes, this one requires you to hit CTRL + F1 in order to access some of the more advanced options it has to offer. Personally, I wish this wasn’t a requirement, as very few people would even know about it, but on the other hand, those who actually need those options, likely do. Still, I think it’d be nice to know that all the options were available once in the BIOS. 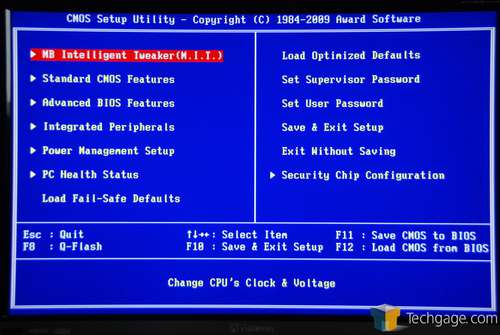 You can tell that the P55-UD5 is built for overclocking when the very first available option in the main menu is just for that. Here, you can get a quick run-down of the BIOS version, clocks, CPU and PCH temperatures and the VCore and DRAM voltages. Please ignore the high CPU temperature, as it is the result of rebuilding the machine quickly since I forgot to take BIOS shots earlier on (whoops). 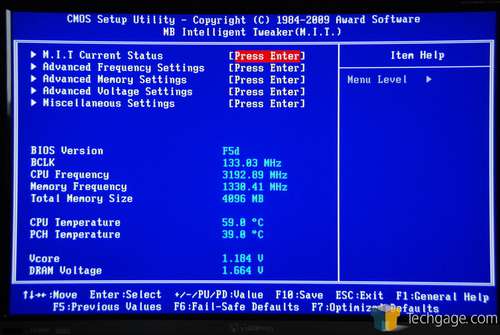 The first option in the above menu is what I consider to be my favorite. Simply put, it offers an immediate rundown of your system status, from clock speeds to memory timings, and even memory densities. Though simple, this screen really comes in handy when overclocking, as after a reboot, you can immediately see if it “clicked”, and also how high your CPU clock will go with and without Turbo. 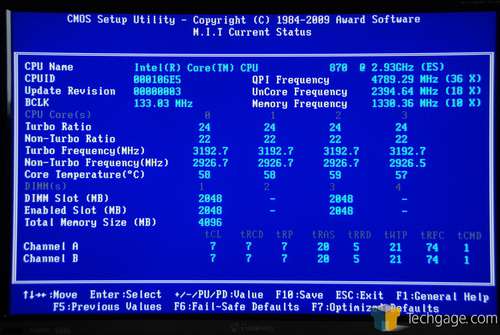 Because this board was built with overclocking in mind, the sheer number of options in the BIOS reflect it. Since there are so many available, they’re divided up into main sections: Frequency, Memory, Voltage and Miscellaneous (primarily to enable VT). These shots are, for the most part, self-explanatory, so I’ll let them speak for themselves: 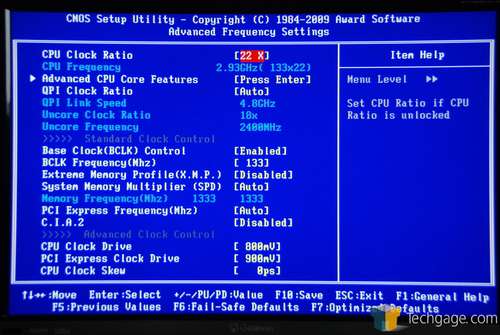 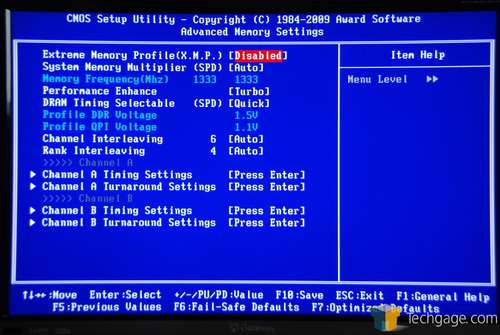 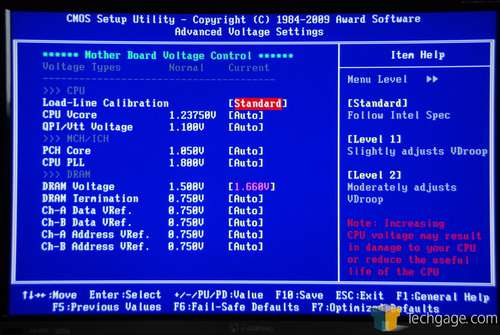 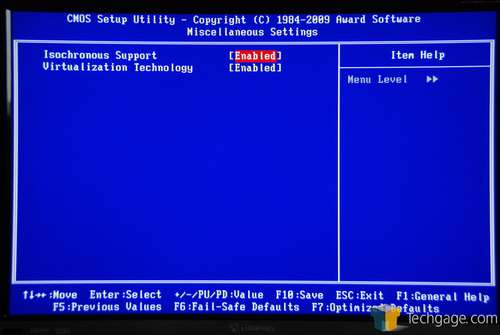 The screen below is going to be of no surprise to anyone, although the sheer number of HDD/ODD configuration options is rather staggering (who do you know with a total of 14 hard drives and/or ODDs installed?). 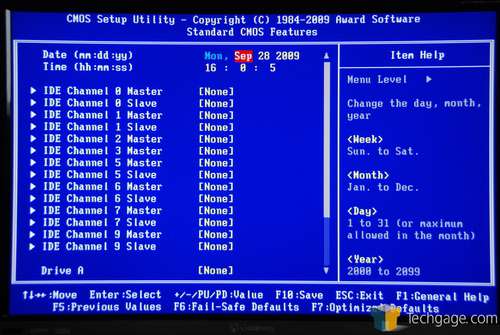 To disable the graphical POST, if you don’t care for it, the option can be found under the Advanced BIOS Features menu. Here, you can also configure your boot devices and priorities. 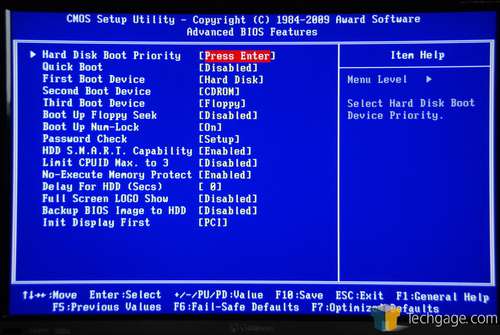 Under Integrated Peripherals, you can configure your storage and various controllers. Basically, anything peripheral-wise can be found here. It’s important to note the “eXtreme Hard Disk (XHD)” option. That term is essentially marketing for RAID, so if you are taking that route, you’ll need to choose it. To this day, I have been unable to get a straight answer out of Gigabyte as to whether or not XHD is using a proprietary Gigabyte chip or not. I’m leaning towards no, as there is only one RAID option, and it would seem a little odd to remove the functionality to the user offered by the P55 chipset. 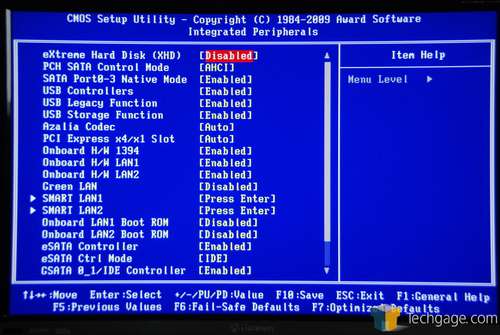 In the remaining two screens, you can configure anything power, and also monitor your PC’s vitals. 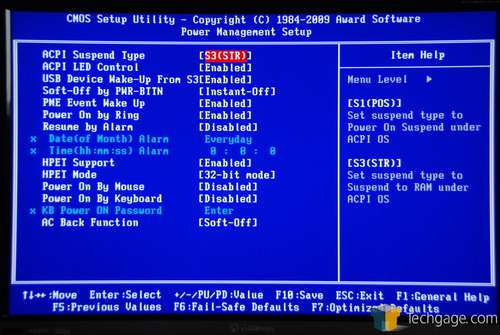 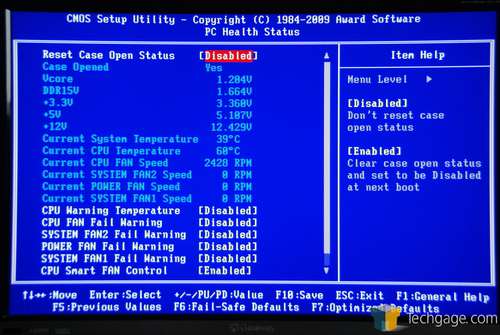 I’m quite pleased with Gigabyte’s BIOS here. The overclocking/tweaking menu and sub-menus are fairly easy to navigate through, although they’re still a wee bit tedious after long overclocking sessions. But, when overclocking, chances are you won’t need to use more than one menu at a time before rebooting, so you may not consider it to be a real problem.

I really like the addition of the “M.I.T Current Status” screen, because when overclocking, being able to check up on the CPU and memory’s real values quickly is a huge plus. Without this screen, you’d have to boot into Windows to make certain your settings actually took effect. Sometimes, if you overclock too far, the BIOS may still show those values you set, but they may not actually click during POST due to instabilities.

On the following page, we’ll quickly review our testing methodology, and then we’ll get right into our results!