I admit that I haven’t used GParted that extensively before, so I am a noob to the program myself. I rely usually on Fdisk which hasn’t failed me yet, but a GUI interface is going to make things much, much smoother. Or hopefully ;-) 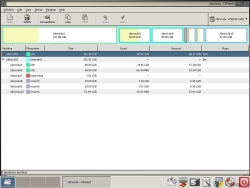 In order to see how things are going to work, I am going to delete, remove, resize and create a few partitions in different scenarios. We will truly see just how well this will work! First up, I want to remove all Linux partitions entirely, and take the free space to create a fresh NTFS drive: 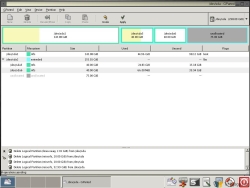 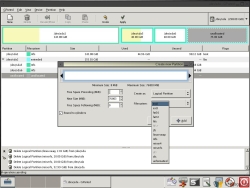 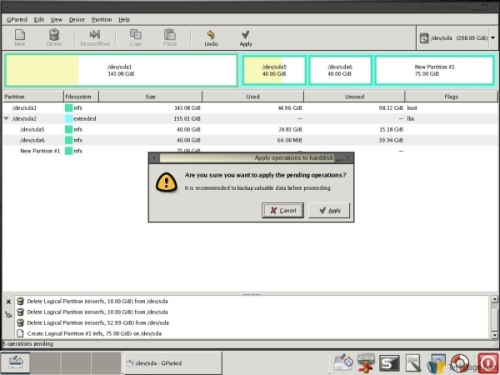 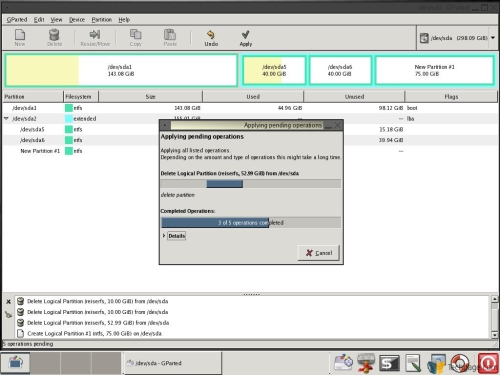 The entire opteration was quick…. it took no more than a minute, so that’s an impressive start. The real test is to boot back into Windows to see if it has picked up on it! 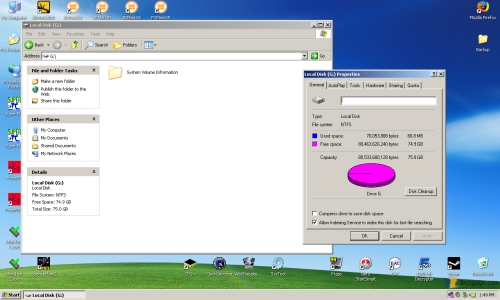 As you can see, it went perfect. That was really a painless operation.

Removing one NTFS, creating an ext2, ext3 and swap partition: 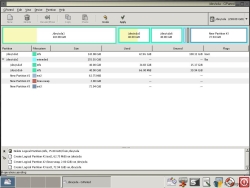 Again, a very simple process. Within minutes I was welcomed with this: 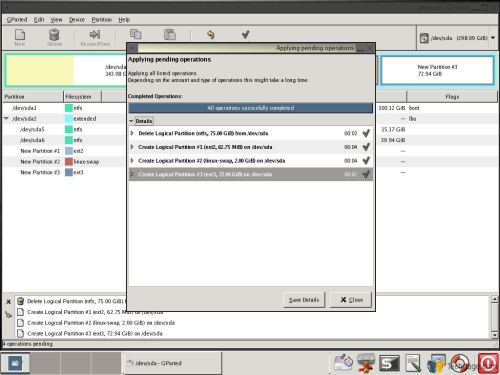 Now it’s ready to go for any new Linux installation. Of course, after installing a new Linux distro, this could come in even more handy to create seperate /home or /tmp directories as we mentioned earlier. Obviously, you cannot edit a partition you are currently using, which is why a LiveCD is a win/win.

After this process was over though, I found an odd ‘bug’. GParted would continually scan the disk for partitions, and wouldn’t stop until I took pulled the thumb drive from the port. This was strange, but plugging the thumb drive back in, I could easily mount it and copy snapshots over. 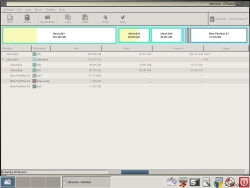 Resizing an NTFS & Linux partition, then adding a new ext3: 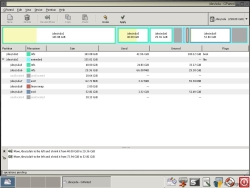 The process, like the rest, went without a hitch. The process was completed before I knew it.

Resizing primary NTFS partition and copy/pasting another to beginning of drive:

GParted is one of the few (if not the only) partition editor that has the ability to move partitions, so I was interested in checking it out. Though I had no need for it, what I wanted to do was resize the primary NTFS partition and take the remaining free space to copy/paste the entire secondary NTFS partition. As you can see by the diagram below, I actually moved the pasted partition to the beginning of the drive. Again, there is not much sense to this, but I wanted to see how well GParted would handle it. 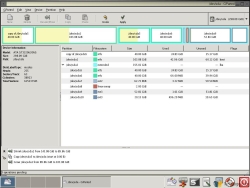 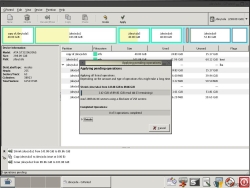 Three hours later, and the operation is done! Granted, that is not a small task, but it did everything perfectly. 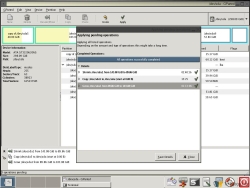 Once the process was done, I booted back into Windows and compared the two drives. They are exact.. byte for byte. Since this was the last test to be performed, I deleted all the new partitions and put things back as they were before I started. Once done, I was left with a clean system… you would never have known the constant partitioning abuse that the HDD suffered! 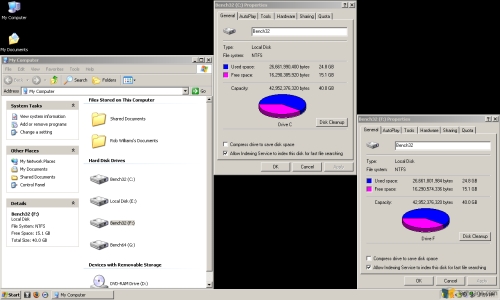 Though I found a few annoying bugs (that are in process of being addressed), this is a great CD that will always be in my toolbox. There are a few minor things I would have loved to see though, but this is just me being picky.

The first one listed might actually be possible, but after playing around with it for 15 minutes, I gave up. Regardless, this is a fantastic LiveCD that you would do good to have, regardless of whether you use Linux or not. I look forward to seeing what future versions bring. Kudos to the devs!