Performance-wise, the M6000 peaks at 7 TFLOPs single-precision, a boost from 5.2 TFLOPs on the K6000. Unlike the top-end Kepler chips, which had good double-precision performance, Maxwell-based cards do not. NVIDIA told me that this was the result of what’s in demand right now, and its desire to deliver incredible ray tracing performance on these cards. The company says that anyone needing fast double-precision performance should look to the last-generation TITANs, although at this point, getting your hands on a new one is going to be difficult (or cost well beyond SRP).

A great addition to the M6000 over K6000 that can’t be seen in the above card shot is that it includes 4x DP 1.2 ports, as well as a single DVI-I port. Like the K6000, the M6000 supports up to 4 displays at once, but the new card doubles the number of 4K-supported displays from 2 to 4. Each added M6000 will allow for 4 more displays, although if you use 3 or 4 cards for 9~16 displays, you’ll need to add a Quadro Sync card (originally called G-SYNC before the company repurposed it for its adaptive sync technology). 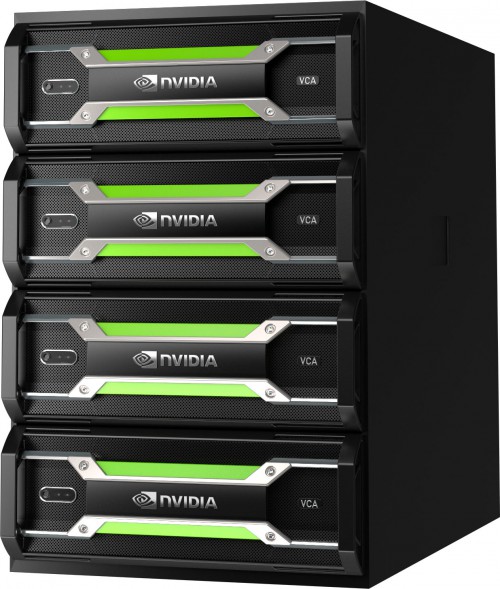 NVIDIA introduced its first VCA (Visual Computing Appliance) model at last year’s GTC, and as expected, the M6000 release has resulted in an update.

With each Quadro M6000 retailing for about $5,000, the latest VCA at $50,000 could be considered well-priced given all of the extra hardware it bundles in, and the package it’s in. Like the original VCA, the new ones can be stacked, and from what I saw at the show, stacks of 4 have been commonly used in the real-world since the original launch, and even with K6000s at the helm, that’s an absurd amount of power at-the-ready – the type of power where a single heavily detailed ray traced scene could denoise itself to a great degree in mere seconds.

The above trailer is for an upcoming short film that’s rendered entirely using NVIDIA GPUs and Chaos V-Ray RT. I managed to catch the session at GTC to learn more, and I’m glad I did, because I was genuinely wowed.

In 2014, director Kevin Margo’s real-time filming solution involved a BOXX PC equipped with a Quadro K6000 and dual Tesla K40s. Overall, the solution was quite good given the hardware, but the scenes rendered on the camera were hardly ideal given the amount of noise. Fast-forward to 2015, and Margo has performed the same filming duties while taking advantage of NVIDIA VCA cloud servers to dramatically improve the rendering time. Yup – 32 M6000s are quite a bit faster than Margo’s original tri-GPU setup!

You can check out the process with the following two videos, with the latter talking about the use of VCAs.

After watching those, you should be able to better understand just how much faster GPUs and the VCAs can make the job of a CG filmmaker easier. In this scenario, they’ll have the option to both render a frame in real-time and view it on their camera before continuing filming, or run the recorded video in real-time before it’s rendered on a PC, and at any point pause it to render that particular frame so that things like lighting could be double-checked. It’s impressive stuff.

Also tying into the M6000 launch is NVIDIA’s promotion of its Iray renderer. As a physically based renderer, Iray can harness the power of current GPUs like the M6000 to deliver some incredible, realistic results. Take the images below as examples: 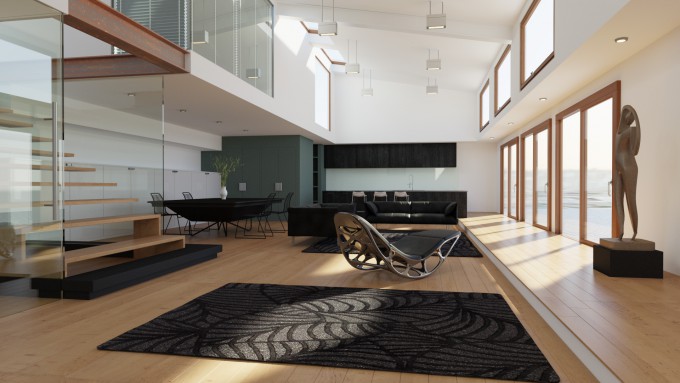 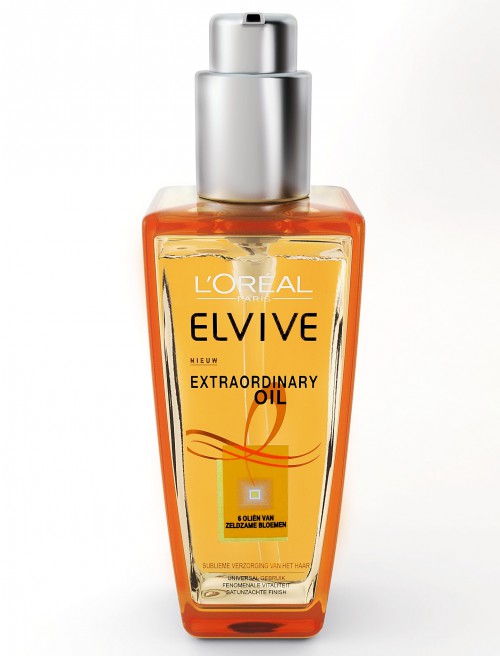 Iray can help with more than just final frame renders, though. With an ActiveShade window active in an Autodesk product, for example, you’ll be able to preview a scene in real-time, one that will begin rendering as soon as you pause the view. Why this is important is that it allows you to get quick basic results for a particular frame before you settle on that being the one you want. This makes it so you are able to manipulate the camera without lag to get the angle you want, let it run a few render iterations, and then decide whether or not you’ll leave the camera alone or adjust it further. 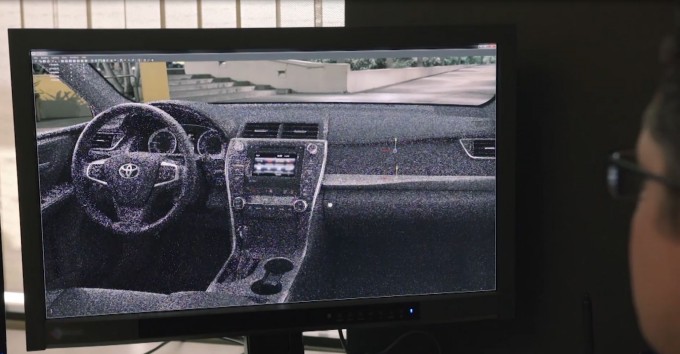 Thanks to Iray being a physically based renderer, its use can be expanded upon even further. For example, if you want to take the time to create a MAXScript, you’d be able to create a tool that lets you see how architecture is affected based on various real-world effects, like the sun. NVIDIA just so happens to have an example called “Death Ray” that highlights this capability. 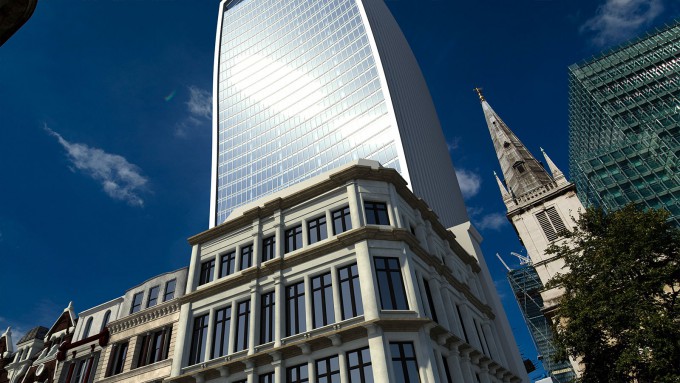 Designed by Uruguayan Rafael Viñoly, London’s “20 Fenchurch Street” sports quite an interesting design. Some have dubbed it the “Walkie Talkie” due to this design, and as humorous as that might be, there’s a darker consequence of its shape. What the building’s designer didn’t realize was that because the entire building was covered with glass and arced a bit inward, it would create a “Death Ray” if multiple factors aligned properly.

You might recall hearing about the Vdara hotel in Las Vegas sizzling folks in the pool when the sun hits the building at just the right angle, and if so, prepare to be surprised: Similar shape, same designer.

This is something a physically based render can highlight before a building gets built. NVIDIA recreated London and the 20 Fenchurch Street building in 3ds Max, and developed a tool that would allow manipulation of the time of year, time of day, angle of the sun, and so forth. What you see in the below shot happened in real-life: The beam of light became so strong, that it began to melt the chassis of someone’s Jaguar. 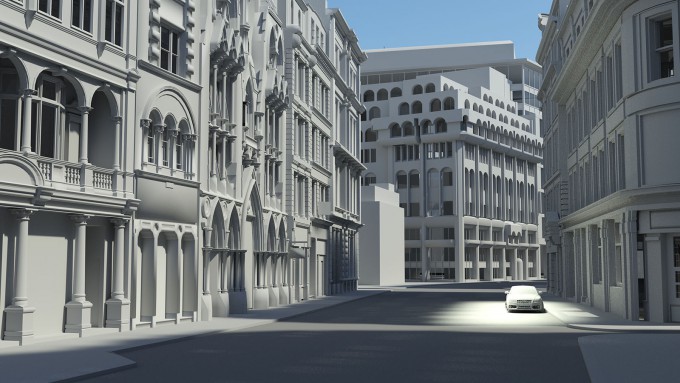 Given the fact that both 20 Fenchurch Street and Vdara prove what can go wrong in building design, we’ll (hopefully) see physically based renderers like Iray become more relied-upon in the future.

While all of the example images above can be rendered on a single PC equipped with one or more GPUs, NVIDIA will be releasing Iray+ at some point this year which will allow people to take advantage of cloud rendering via NVIDIA VCA servers. This plugin will come at a cost, although I’m unsure of what that cost will be at the current time.