Deep-learning and M6000-related announcements were the biggest highlights (to me) at GTC, but there’s still more that came out of the event worth talking about. So, to help wind down this article, I’ll tackle those.

In case you hit this article and wound up right here, I’ll mention again that deep-learning was a massive part of this year’s GTC. But most of the deep-learning I’ve talked about up to this point has involved megacorporations running algorithms on seriously expensive setups. It’s not just those folks that want to take advantage of deep-learning though; so to do scientists and other researchers.

And for them, there’s DIGITS, ‘Deep GPU Training System For Data Scientists’.

DIGITS isn’t just a PC loaded up with hardware; it’s tuned to be as beneficial as possible to deep-learning researchers. There are no Quadros or Teslas in here, but instead TITAN X cards, as those are perfectly suitable for this kind of GPGPU work.

NVIDIA’s reference design involves up to 4x GPUs, 64GB of memory, and 3x3TB RAID 5. It also includes an M.2 SSD for OS purposes, and a 1,500W PSU. For the OS, Ubuntu 14.04 is chosen, while pre-installed software includes the CUDA Toolkit 7.0, DIGITS software (which allows you to view a special administration page to monitor the workload), and learning libraries Caffe, Theano, Torch, and BIDMach.

Want to build your own DIGITS PC? You can request information from NVIDIA on how to do that.

It’s not a GTC without a sneak peek at what’s to come on the GPU front, and as such, we got an update on Pascal. There are three things coming with Pascal that are worth getting excited about:

Compared to Maxwell, Pascal can see a memory capacity increase of 2.7x, mixed-precision performance-per-watt of 4x, and up to 3x the memory bandwidth. NVIDIA hinted that a Pascal card could have 32GB of memory, which is quite something given the just-released TITAN X has 12GB and I deemed that to be overkill!

The last thing I wanted to talk about is OTOY, and the few things it had to announce that the show. At the forefront, it revealed OctaneVR, a renderer that allows developers to create photorealistic content for VR, AR, and holographic cinema. When launched next month, it’ll be free – and the company promises that it’ll remain that way forever if it proves to be a success. It’ll offer easy project exporting to various platforms, and will be available for Windows, OS X, and Linux.

Perhaps the best thing here is OTOY’s ambitious new file format, called ORBX. The goal with ORBX is to allow easy exchanging of project assets, like materials, lighting, audio, and so forth. From the time of launch, ORBX will only be supported by Octane, but in time, we could hope that it’d become interoperable with other content development software. 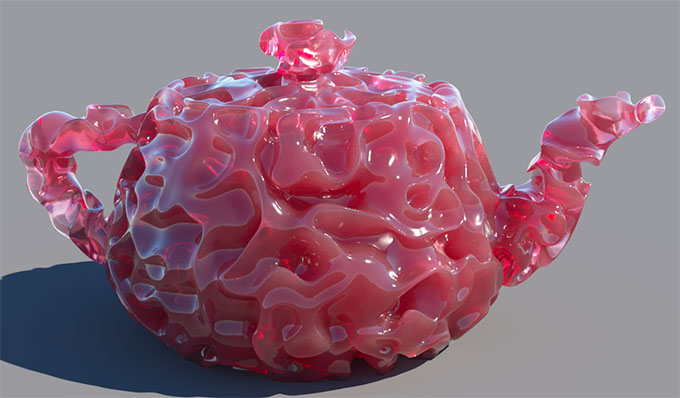 Also worthy of note is that Octane Render 3 is on its way, and the amount of features it introduces is downright incredible. We’re talking deep-pixel rendering, volumetric rendering, advanced live texture baking, infinite mesh and polygon sizes, and a really cool one: Support for OpenSL (Open Shader Language).

And there we have it, our 2015 GTC recap. Things are not going to be stalling until the next GTC, so we’ll be keeping up on the goings-on of various things we’ve talked about here and report on them when we can. In particular, I am looking forward to seeing Kevin Margo’s Construct being completed, and we might just have a deeper look at the Quadro M6000 for you in the not-too-distant future. Stay tuned.