The seventh HOPE conference was held this past weekend in NYC and I was there to take in the numerous talks. Such subjects covered were lock picking, Wikipedia’s evils, YouTube, FOIA, hardware hacking and a lot more. Special talks were also given by Steven Rambam, Steven Levy, Adam Savage and Jello Biafra.

As you can probably tell, there was a lot going on during the conferences. Tons of workshops, tons of talks, and tons of fun. Though I’ve wanted to attend in the past, this was the first HOPE that I’ve ever attended, and I’m already looking forward to the next one. It’s very rare you can go to a place where there are thousands of like-minded people under one roof, and like they say, ‘There’s no place like HOPE’.

During the article, I only touched up on the talks presented, but there was much more happening than that. On floor two, there were many workshops and vendors (I did walk away with a few books, including the new 900-page 2600: A Hacker Odyssey) and many people to walk up to and start a conversation with. It’s an interesting place, to say the least, and one I highly recommend anyone check out if you are at all interested in technology, and of course breaking it and finding out how it works.

On the second page, I briefly mentioned Club-Mate, which is a German ‘energy drink’ that was imported for the conference. They brought in five palettes worth, but I’m not sure how much exactly sold while there. I’m somewhat of a glutton when it comes to energy drinks, and it’s rare when I try one that I I can’t stand (except Full Throttle Mother, gross), so I knew I had to try Club-Mate. Believe it or not, the tag line translated to English is, “One Gets Used to It”, so you can imagine how odd the first sip was.

I can honestly say that it wasn’t “delicious”, but I can’t help but want more. It’s a very unique taste and is somewhat refreshing compared to most other energy drinks out there which taste the same. I should also mention that it’s not a traditional ‘energy drink’, but its effects are the same, and anyone who’s been drinking it for a while will attest to its ‘zing’ factor.

At the conference, a few other unique projects were undertaken, such as Radio Statler! (Statler is the old name of the hotel) and AMD, or Attendee Meta Data. The first was a live radio station that was using a leased call sign, and was broadcast online and also locally, with music and live streams of the talk. Tons of work went into this over the course of the weekend, but it worked extremely well. I listened whenever I got back to the hotel and it was a lot of fun.

The AMD project was a tracking project. Many people at the conference had RFID tags equipped in their badges, and as they roamed the entire conference, regardless of whether it was on floor 2 or 18, they would be trackable via a special web site. The idea behind this is of course just to show the cool capabilities that RFID can avail you, and it goes without question… this project was pulled off well.

After signing in, you could set up a nickname through their site, adding details such as interests, so that you could locate someone else there who shares the similar likes, making the chances higher that you will have something to talk about. The site tracking feature was one of the coolest though, with the ability to look at blueprints for both floors and get a general idea of where people were, and which room had the most people. In the end, it was great fun, and no one had to be injected with a tag!

I could talk about the conference all day, but I’ll cut it short here. I attend many conferences and similar shows, as seen in our trade shows section, but HOPE is unlike any of those. People who attend this one have a sincere passion for what they do, and most aren’t good at what they do for the sake of money, but rather because of an insatiable obsession to figure things out. To wrap up, I’ll show eight photos taken while at the conference. There would be more, but many didn’t come out, thanks to my leaving the external flash back at the hotel. Oops. 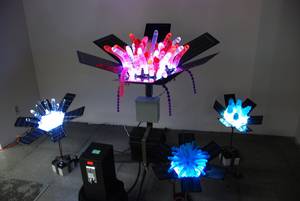 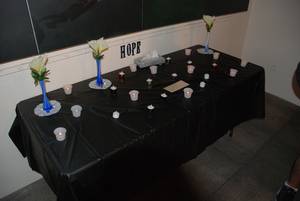 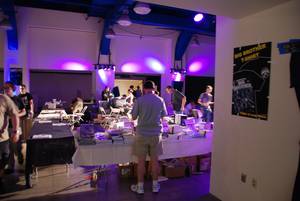 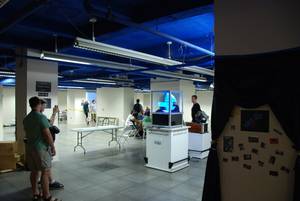 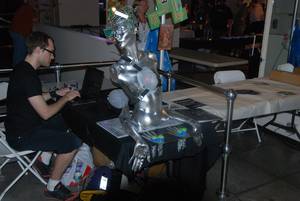 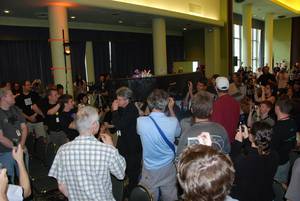 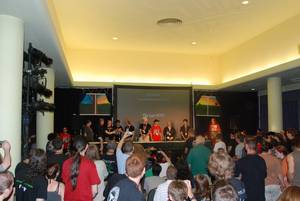 ‘The Next HOPE‘ happens in two years at the same location, and I’m already preparing to go. Hopefully this article filled in enough gaps for you if you always wondered what happened at HOPE, or weren’t there this year to see what was going on.