Finally, a 64-Bit version of Half-Life 2! Is there any reason to get excited about this, or is it something you just want to bypass? We take both versions through a few quick tests to see if the 64-Bit has what it takes to be the preferred version.

This past Thursday, Valve out of the blue announced 64-Bit compatibility with Half-Life 2 and Half-Life 2: Lost Coast. Don’t mistake this as a simple 64-Bit patch because it is actually a completely native 64-Bit application. Chances are that if you are running Windows x64, then next time you try to play you will be required to download new files. Depending on the OS you are using, the game will know whether to load a 32-Bit or 64-Bit version. 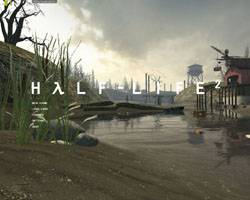 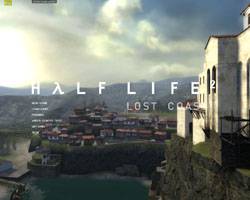 If you, like me, dual boot with Windows XP and Windows x64, then you will be required to install the game individually in each OS. This means, that you will technically have two complete installs of the game… a real space hog. After installing Half-Life 2 in 32-Bit, I went to x64 to install Steam there. Even though I installed it to the exact same directory, I was forced to re-download the game in it’s entirely. So keep this in mind, because you may as well delete the local content for your 32-Bit install if you are going to use 64-Bit only.

So what does 64-bit offer? New levels? Updated graphics? No and no. Valve released the 64-Bit version of HL2 and Lost Coast for those who have the accompanying software and hardware. Applications and games written to support native 64-Bit are able to handle larger amounts of data, compared to 32-Bit. Half-Life 2 is actually quite a heavy duty number cruncher and is very CPU intensive. 64-Bit should allow the game to flow more freely because the calculations will not be held back by a wimpy (kidding) 32-Bit processor.

Back in June, we had an article where we benchmarked a few games in their standard 32-Bit versions as well as their 64-Bit. Half-Life 2 was actually the only game to actually benefit at all, with higher frame rates. At the time, it was still utilizing the 32-Bit version, but it could have had a boost due to the faster mathematical processing.

I can say right away, that the 64-Bit version of HL2 is buggy, as is Lost Coast. There have been numerous reports of various bugs on the Steam forums, and I have experienced a few myself. After loading a saved game in HL2, some textures would be missing or distorted, as you can see in the below picture. In Lost Coast, loading a saved game would cease any AI. The only way to have the AI work was to completely exit the game and reload it again. Obviously, these are noticeable bugs and I question Valve on why they didn’t catch them, because they are very easy to find and are widespread. 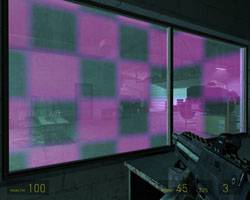 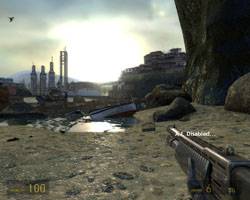 Before I tested either version, I had to install the games separately on each OS because I previously un-installed them a few weeks ago. I also un-installed the NVIDIA drivers in each OS and replaced them with newer versions, using Driver Cleaner in between. One thing I found interesting is that the image quality in some areas seem slightly different in each version. 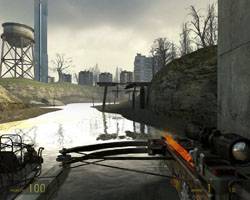 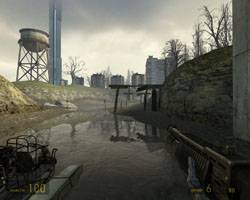 The left above image is the 32-Bit version with the latest 81.98 drivers, and the right is the 64-Bit with the latest 81.98 64-Bit drivers. There is extreme glare on the water in the 32-Bit version, while the 64-Bit version is ideally clean and easy on the eyes. Matt was nice enough to test this on his system also, and the 32-Bit version with latest drivers appears the same as in the picture above. I don’t recall ever seeing it like this before, or what driver version started causing this. If anyone can enlighten me, please feel free. Overall though, the image quality is identical, besides the water glare.

Edit: This issue has been fixed (Jan 10, 06). Kudos Valve for taking care of this in a timely manner.