Note: Game spoilers ahead! If you want the entire game to be a surprise, you may want to skip through the middle of the review.

November 16, 2004. This was a day that computer gaming was revitalized. Half-Life 2 was one of the most anticipated games of that year, and arguably of this decade. Following in the footsteps of Half-Life 1, gamers everywhere had high hopes for the sequel. Luckily for all of us, that game delivered everything we had hoped for, and more. 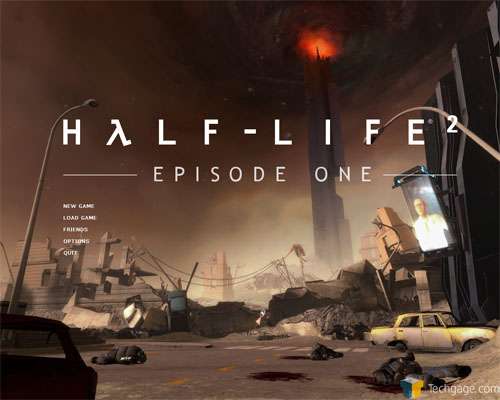 Valve Software has a lot to be proud of. Through-out all of the Half-Life games, over 15 Million units have been sold. 4 Million of that were Half-Life 2. Because HL2 was such a technical feat, it was instantaneously used in review benchmarks all over the world. Even a year and a half after it’s release, that fact hasn’t changed at all. Counter-Strike: Source is the number one online FPS game on the internet, by a huge margin. Without question, Valve knows what they are doing. 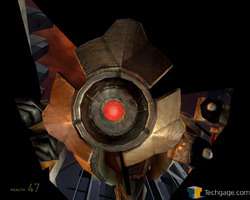 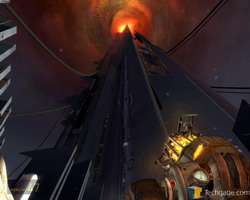 If you are one of the very few people who have not actually played Half-Life, then I will give you a quick primer. You take on the role of Gordon Freeman and land yourself in the Black Mesa research facility. After completing the first game, you will encounter G-man for the first time. He tells you that you will be used for certain ‘services’. Now you wind up on a train heading to City 17, where you will be used for the previously mentioned services. You meet many friends during the journey, including the cute and helpful Alyx Vance. After evading the Combine, you make it all the way up to the top of the Citadel to deal with G-Man again. Episode 1 begins you off just moments after this encounter.

The citadel and the whole of City 17 is not exactly where anybody wants to be. So, paired with Alyx, it’s our job to get out and get to work on making the flight out of there. I won’t get into anymore of the story for Episode 1, so as to not spoil it for anybody.

Episode 1 is only 5 hours long?

When Steam was originally introduced in 2002, I don’t think anybody knew exactly what to expect from it. I personally understood that it would be a content delivery system for Valves products, but since then, it has become much more. Games like Rag Doll Kung Fu, Darwinia, Red Orchestra and even Earth 2160 have also found their home there.

There will be a total of three episodes, with the finale due in late 2007. Each one will retail for $19.95US, and should prove between 4 and 6 hours long. There are questions about the value of such a game, because 5 hours of gameplay for $20 seems like a lot. In the end, it really comes down to action, and how much you have enjoyed the experience. Many people played Half-Life 2 more than once, so obviously that game proved to be of great value, even though it retailed for $60. After playing through on Normal, I can say that most players will take between 4 and 5 hours to beat the game. I never played on easy, but I wouldn’t expect it to decrease the overall time. 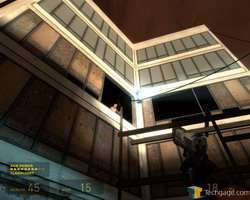 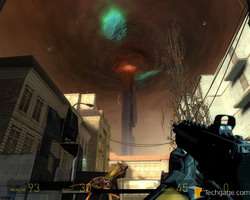 What episodic delivery gives the player though, is an exciting new addition to expect occasionally. Ritual has also jumped on this bandwagon with their SiN sequel. That game spans not 3, but 9 full episodes. That’s a long time to play a game in order to get the entire story. Aftermaths’ 3 episodes seems much more logical from a players perspective.

Have you ever played an expansion pack to a game, but find out nothing has really changed gameplay wise or graphics wise? Each episode is completely stand-alone here. You will not even need the original HL2 in order to play EP1 or any future additions. What this means to the game developer, is that they can have a fresh palette to work with. To keep up with the times, the graphics may be kicked up a notch, or various gameplay methods can be implemented. Episode 1 will not offer major graphic upgrades, but it will feature HDR (first introduced with the Lost Coast demo). 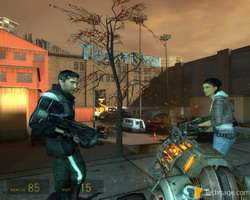 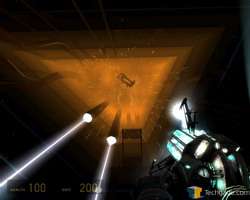 Episodic adventures still seems like a wacky idea to some, but it’s an interesting way of releasing ‘expansions’ to a game. Because Episode 1 features HDR, you can be sure that it will likely replace HL2 and Lost Coast in review benchmarks around the world.