by Brandon Mietzner on December 12, 2012 in Gaming

Much has changed with the Hitman series since it took a hiatus six years ago, both in and out of game. Hitman: Absolution has been released through a new publisher, and has been developed with a new direction in the story. Do these changes bring us closer to hitting the mark of excellence, or should the series have stayed in purgatory?

Hitman: Absolution brings us back to the continuing story of the mysterious assassin “Agent 47” and his service with the International Contract Agency, or “Agency” for short. Diana Burnwood is the only person Agent 47 has ever trusted, but she betrayed the Agency by taking from it a valuable asset: a teenage girl named Victoria. Benjamin Travis, the new head of the Agency, quickly puts out a contract to have Diana killed and to have the girl safely returned. No surprise: the contract is given to the Agency’s most resourceful and successful asset, Agent 47.

Agent 47 is obviously torn between his professional loyalty to the Agency and the bond of trust he has with Diana. There is no room for sentiment as an assassin; however he wonders who this girl is and why Diana would be willing to incur the wrath of the very Agency she had worked for, for so many years. Agent 47 follows through on the first part of his assignment and assassinates Diana, but with her dying breath, she asks him to keep Victoria away from the Agency and anyone else who might want her for their own personal gain. 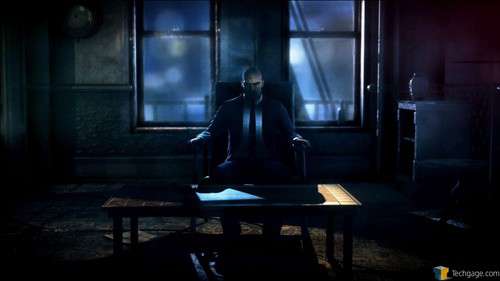 Upon reaching Victoria’s room, he quickly realizes he was expected by her; he questions whether or not Diana planned this all along and if he is the only one who could keep her safe. Agent 47 has never felt a kinship with anyone before, but this time he sees something in Victoria that only he could recognize and understand. This revelation changes the path he will take from this point froward. For the first time in his life he is now driven by a personal agenda and will ensure that he gives Victoria a chance at a normal life, like Diana had wanted. All because she had shown him what it was to care for something beyond the contract.

This is just the beginning of the journey for Agent 47 in Hitman: Absolution, which takes place during and shortly after the training area. The way in which you approach objectives in the game is entirely up to you. The game doesn’t require you to be stealthy nor does it require you shoot everyone on sight. It is a stealth game at its core, however, and at the end of each level you will be given a score based of your actions and challenges completed for that level. This score is important because the more you earn, the more passive skills you unlock, such as steady aim, overall health, melee damage and etc.

Those who choose to be stealthy and leave no trace of their presence will be earn the most points, eg: not hurting anyone, not being seen and not killing anyone beyond your primary target(s) – even if you think they deserve it. The challenges are simple tasks such as finding outfits, weapons, evidence and etc hidden throughout the level. You’re able to look up the progress of these challenges at anytime in your game menu and see what is left for you to do. 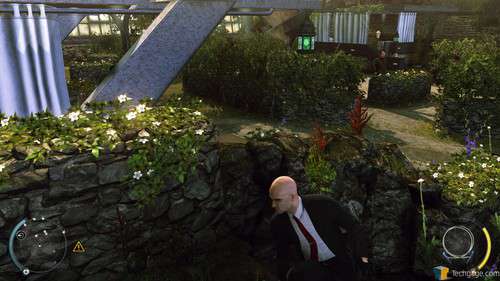 The game tells its story through chapters, and these chapters have a certain number of levels attached to them. At the end of each level you will receive points and be told what items you have found, while at the end of each chapter you will be given an overall score; an accumulation of all of the points from all of the levels played within the chapter.

You’ll be able to compare your scores against your friends and take on a contract to earn contract dollars. These are given when you complete a particular level in certain ways – such as using a specific weapon to eliminate your target. Contract dollars can be used to purchase upgrades for your arsenal, disguises or techniques that you might have otherwise missed during regular gameplay. 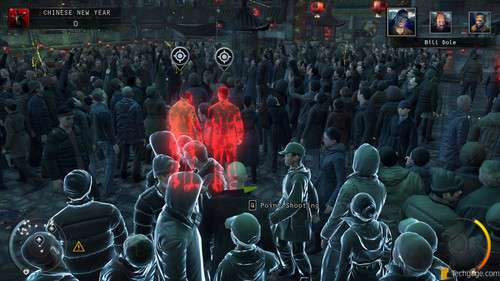 The culmination of all these unlocks can lead you to make your own contract. These can be used to compete against friends and possibly have it featured on the leaderboards for a week (only the top 5 will be chosen per). Contracts are not the only new feature in the game; there is now an instinct ability. This is to aide players in tracking the movements of enemies, find their targets in a crowd, see where a target is headed and to find out which person might consider Agent 47 a threat in a restricted area. This helps take the monotony out of keeping track and forcing you to guess. The only flaw with this feature is that it doesn’t carry over from one level to the next.