by Brandon Mietzner on December 12, 2012 in Gaming

Much has changed with the Hitman series since it took a hiatus six years ago, both in and out of game. Hitman: Absolution has been released through a new publisher, and has been developed with a new direction in the story. Do these changes bring us closer to hitting the mark of excellence, or should the series have stayed in purgatory?

The entirety of my review was played stealthily, taking my time to kill a target by either lying and waiting for them to come to me or by following them to an area to deal the execution. The AI can be a little unforgiving when it comes to a restricted area, because there are times you can’t tell where it begins or ends. The only other issue I had with the AI was when I would draw an enemy away from a door or some other object and then watch them go right back to where they were standing.

This meant I had to get past certain AI in one of two ways. I’d either A) kill them or B) go in disguise and try to slip by. I at least expected them to move on to peruse other objectives, but it never happened no matter how many times I tried it. The rest of the time the AI is practically perfect, such as if you are following a target and don’t break off into a crowd or try to be inconspicuous, they will notice you and become alerted to your presence. 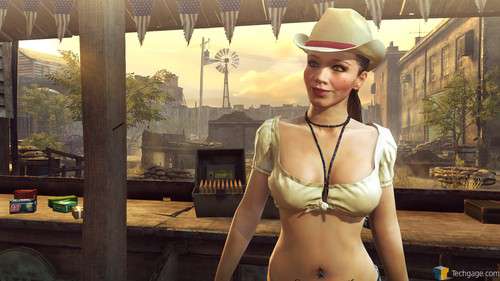 The biggest limitation of the game had to do with the layout of the levels. I mentioned before the problem with the AI guards but I also feel that there should have been other routes to take to reach an area. In some levels this isn’t a problem whatsoever, but in others it’s the designer’s way or the highway. I have been a stealth player since the original Thief came out, so I might be a little spoiled due to that game’s incredible openness. That said, even though this is somewhat restrictive in Hitman: Absolution, it certainly isn’t the worst in the series.

The graphics in the Hitman franchise have always been top notch, and Hitman: Absolution is definitely pushing things with a few of its features. The only limitation I could see was the draw distance for the crowds; when in a crowded area I would see the face of NPCs pop-in only two or three people away. Unlike many other blockbuster games that have been released recently, I was very relieved to find out this one supports multi-monitor just fine. 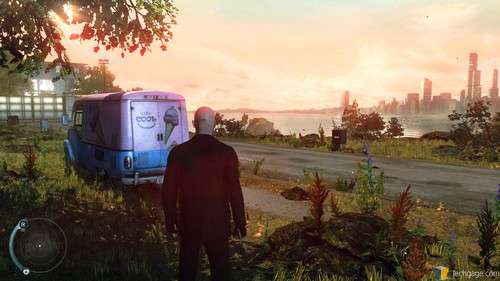 Voice acting for all of the characters is well done. There were a few people I felt sounded out-of-place but they were all brought to life through a great voice cast. The cutscenes were a little off on the lip sync, but it wasn’t noticeable most of the time. The music kept me feeling like a man on the run and frantic when it kicked up when things got messy.

During the course of the review, I did run into a couple of bugs. The most noticeable was when I crashed to the desktop, while a random but massive FPS hit comes in at a close second. A minor issue is that some achievements that should have been ticked off, weren’t.

The one mechanic I still dislike in Hitman or any other stealth game for that matter is the checkpoint system. I don’t mind having to go back to do something over, but when I lose 20 minutes of progress because the save points are so scattered, it does make the game frustrating. 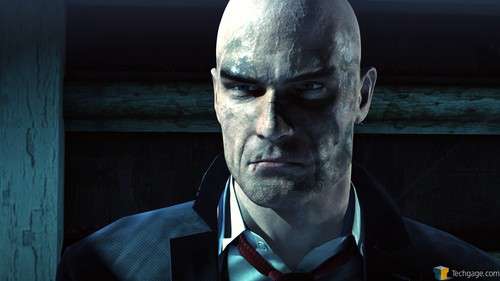 The only real let-down in the game is the story. The levels are crafted around certain events that need to take place in the levels for the whole story to fall into play. Thus, if you don’t do something out of that chain of events, such as not getting seen by a cop in a previous level, you still have to avoid them with no explanation – it’s all an assumption on the players part. The game had the potential to be a dynamic story, but it took the linear route, and for that I was disappointed.

In the end, Hitman: Absolution is a fine addition to the franchise. However, it’s a game I can only recommend to those who enjoy being sneaky and don’t mind being patient – if you prefer to run and gun, this will not appeal to you at all. The game does offer many new features, but many of these we have seen in games before, so it would have been nice to see something more original.