by Colin Huckstep on November 13, 2007 in Networking

Having the ability to keep a close eye on your home while on a trip is fantastic. So is being able to watch your homes TV via the internet. Honestech has released a product that offers both those features and many more. It’s just too bad it doesn’t manage to do any of them well.

With the amount of convergence in the technology world it’s no surprise that televisions and computers are starting to feel the effects. Quite a few LCD TVs have Linux-based firmware, Microsoft has Windows Media Center Edition, and there are numerous other “media center” applications out there. My-IPTV&CAM Anywhere Deluxe puts a different twist on this technology.

Honest Technology’s My-IPTV&CAM Anywhere Deluxe is a bundle of several of Honest Tech’s products. It combines their My-IPTV Anywhere and My-IPCAM Anywhere software in a single package, as well as including their My-IPBOX USB TV Tuner and Webcam.

My-IPTV Anywhere is a software package designed to stream the television signal from your home computer to your laptop. The idea is that you can watch your local television channels from any place that has an internet connection. The software works in conjunction with the my-iptv.com website, offering the ability to view TV listings and schedule recordings via the web.

The My-IPCAM Anywhere software is a personal surveillance system that allows you to monitor and record USB Webcams connected to your home PC. It works similarly to My-IPTV Anywhere, offering a web-based interface for viewing your cameras and the ability to email video or still images. 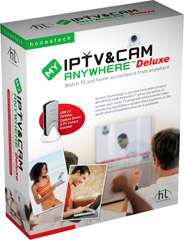 At this point a few similar products come to mind. Many webcams come with some kind of ‘security’ software these days. On the TV side of things there’s Orb (a free program that, like My-IPTV, turns your machine into a streaming video server that can serve live TV as well, even to your web-enabled mobile phone) and the Slingbox (which does about the same thing, but uses a separate ‘box’ that can plug directly into home A/V components).

The package comes in a high quality box with vivid graphics and a display flap that reveals the My-IPBOX USB integrated tuner/webcam. Inside we find a plethora of cables, a quick start guide, user manual, and the installation disc. The cables include 2 USB cables for connecting the camera and tuner to the PC, an SMA to F-Type dongle (for connecting the antenna/CATV cable), and an S-Video/Composite Video and Stereo Audio breakout dongle. None of the included cables were found to exceed three feet in length, which may severely limit your placement options for the My-IPBOX. 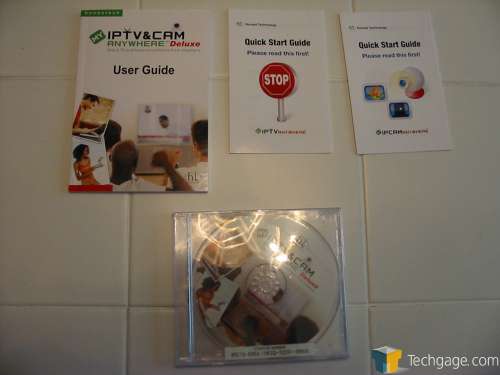 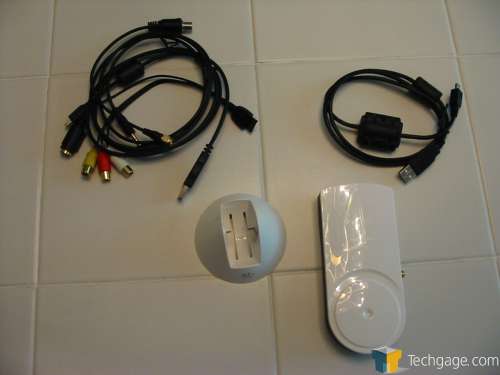 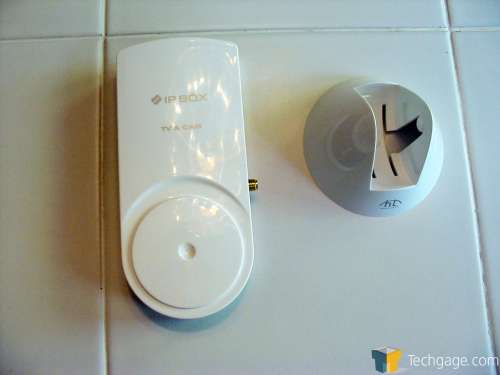 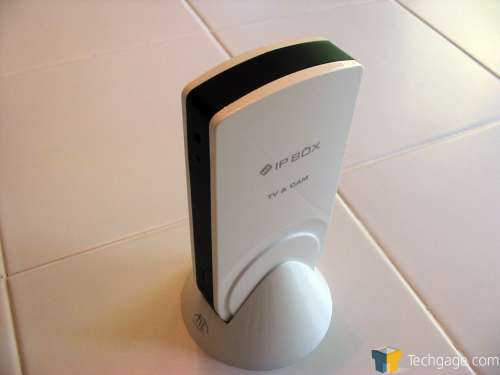 The My-IPBOX Tuner/Webcam is essentially two USB devices in one unit. My speculation is that Honest Tech uses two USB connector cables in order to accommodate the bandwidth needed to transfer video from two devices to the PC simultaneously. The camera and tuner are treated as discrete devices by Windows, and each can be operated independently of the other. 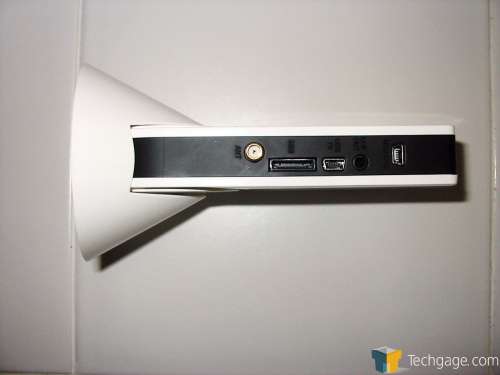 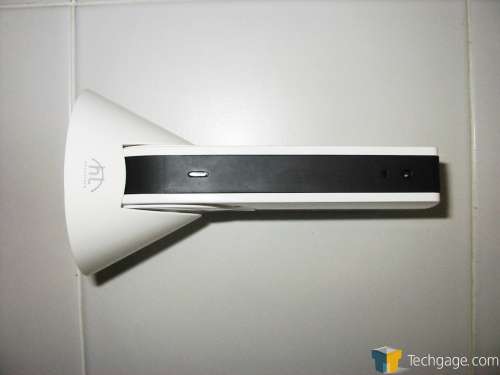 The front of the My-IPBOX houses the camera lens, a microphone, and a blue power LED. The rear of the device has connectors for the two USB cables, the SMA to F-Type dongle, an audio Line out, and a multi-pin connector for the A/V input dongle.