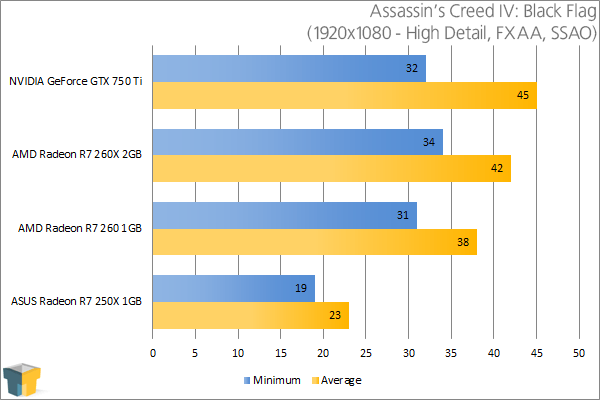 The R7 250X’s poor memory performance shows its side-effects here. The R7 260 has a mere 20% more cores, yet is close to twice as fast. This game is going to be very interesting to run through our “Best Playable” test. 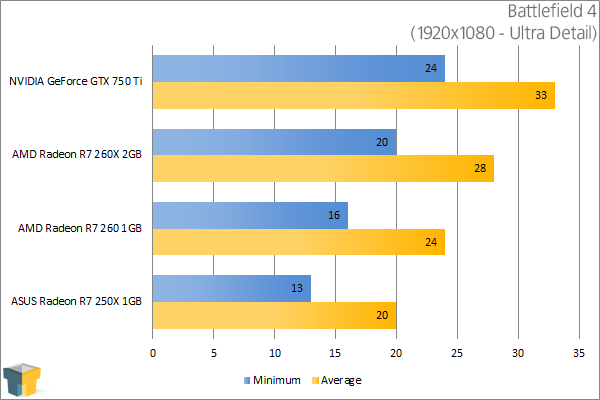 The R7 250X fares a lot better in comparison to the other GPUs in Battlefield 4, though we’re by no means near “playable” levels. Performance like this is to be expected on low-end cards as we use high-end settings for an ultimate stress.