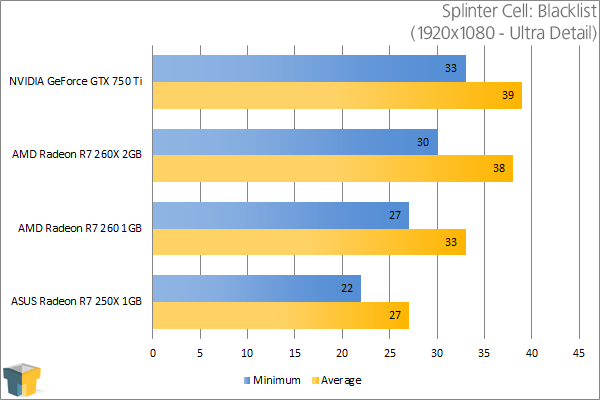 Because Blacklist can be played pretty well with a gamepad (yes, I really said that – I would about most third-person titles), I’d imagine that some people could play the game at around 30 FPS. But when anti-aliasing and ambient occlusion really aren’t that important, simply disabling them can make dramatic improvements. We’ll see exactly what kind of improvements on the next page.

SHOGUN 2 helps wrap-up our gaming results with the same sort of deltas we’ve seen across them all.