I love getting boxes of goodies in the mail. This was no exception. I opened the HUE Webcam box with glee and anticipation of wonderful things in store… 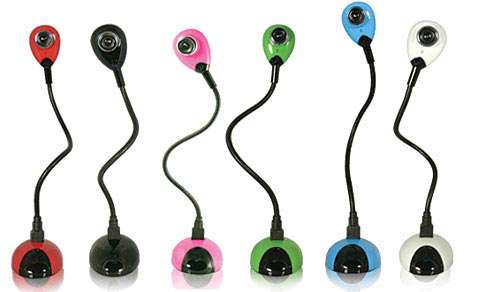 Like many other birthdays and gift exchange holidays, I oohed and aahed at the shiny contents, carefully read the instructions to make sure I wouldn’t break my new toy, got everything setup and plugged in, ready to go, still a-twitter with excitement. It wasn’t until I actually tried to use the item as intended that I found a less than stellar item within that shiny package. 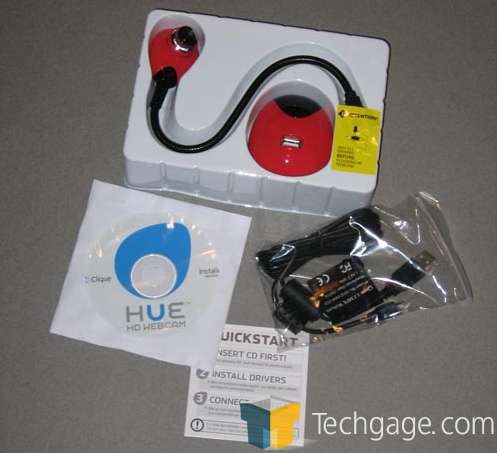 Let me start from the beginning (as opposed to the middle I guess). Upon opening the box, I was alerted to the need to install the software before plugging in the camera. I heeded the multiple warnings and installed the software, only to find that it would not let me specify WHERE to install the software. I’m a stickler for organization, I know where everything is and I like to keep it all on a slave drive, with little or nothing on the master drive other than the OS. However, this forced itself to install at some mysterious location it did not share with me, much to my irritation.

The second surprise, which to some may not be such a big deal, came in the form of an error message on install. In my humble opinion, this does not bode well. 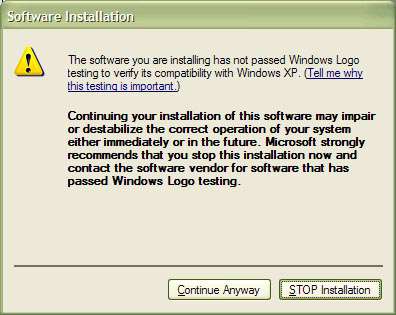 This thing is not making friends so far. But I also concede not everything is perfect. So speaking of which, let’s move onto the camera device itself.

Now there’s the option to plug it directly into a laptop USB port, or using the generously long extension, plugging it into the back of a PC and using the base to support the camera itself. 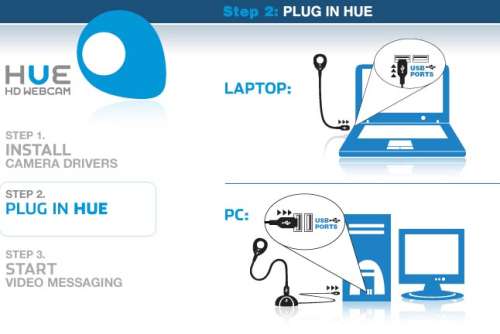 So ok, I figured, why not just plug it into the USB port on my monitor? Makes sense right? (By the way, this shows up for me as a USB audio device.) Well, Robert Burns said it oh so well: “The best-laid plans of mice and men often go awry.” Here is what I mean by awry… 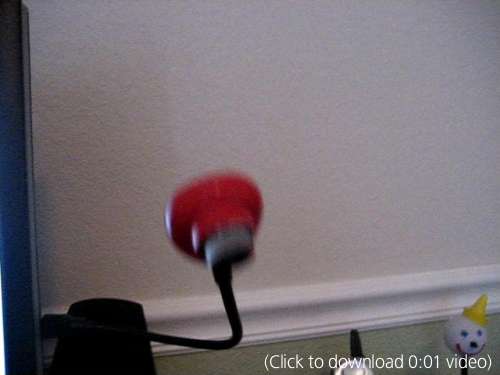 Now ok, that made me snicker at first, and was a bit of a game but in the end, it just made me sad to see that poor little thing do a face-plant every time I tried to get it to stand up. Oh and I tried many ways to get that thing to stay upright, short of just taping it to my monitor, which would probably be the only option. 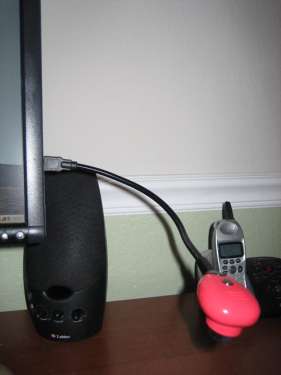 I finally gave in, and let it droop, curving the head up as much as possible so that it formed a sort of U-shape and even then, I found it would slowly want to return to its original position. Gravity does that. 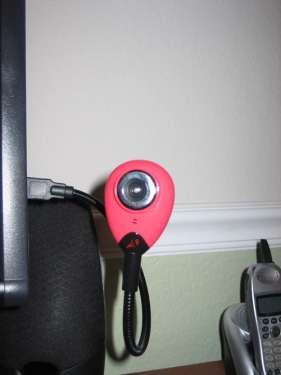 Scrapping that idea altogether, I looked to the base that came along with the camera. Now this required the use of a USB extender, and I must say, the longest one I’ve ever seen, this thing is 6′ long, (a little less than 2 metres). 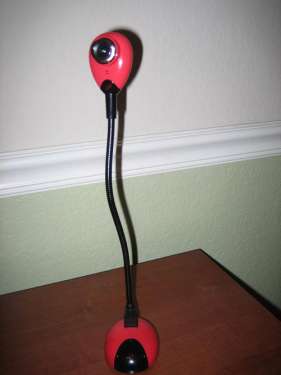 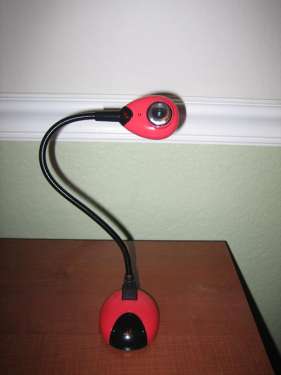 However those pictures are a good example of the only positions I could get the camera to stay upright while in the base. The base is not heavy enough to support the camera if it is tilted more that 15 degrees off the vertical to the sides, more towards the front and considerably less towards the back. Bending the camera over your keyboard no matter how you try to do it will just fall over.

You have to worry about the entire camera’s centre of gravity, meaning it has to balance or it will just topple on you. If the base had been heavier this would not have been an issue, and it wouldn’t have needed to be a brick either. Just making it weigh more than the actual camera head and neck seems to me to be an intuitive concept. Apparently I’m alone in that.

I finally settled on this: 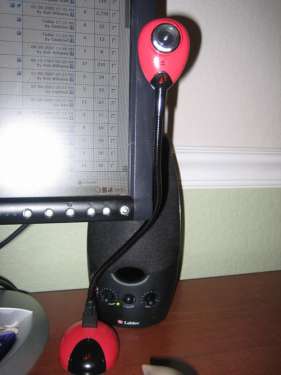 It didn’t take up my desk space, kept in position while hugged against my monitor and gave a pretty decent direct shot.