The notebook lid is kept securely shut with two clips in the front. Pushing both of these at the same time, in their respective opposite positions, will allow you to lift the cover. Seen also in this picture is a memory card reader, activity lights and also three audio outputs, including SPDIF and microphone, and of course, headphones (or speakers). 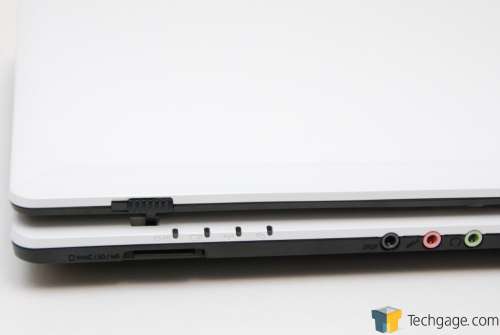 On the right side, a DVD-RW drive can be found along with a single USB port, modem port and Kensington security lock. 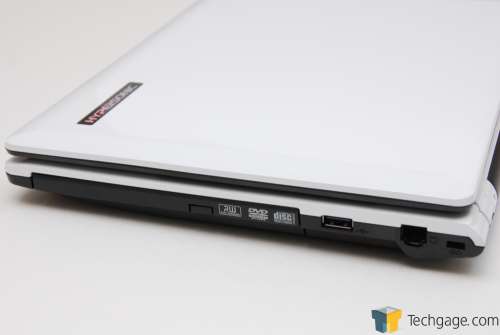 The opposite side includes a LAN port, VGA output, Firewire and two more USB ports. The power adapter also plugs in on this side. The lone system fan is in the middle. 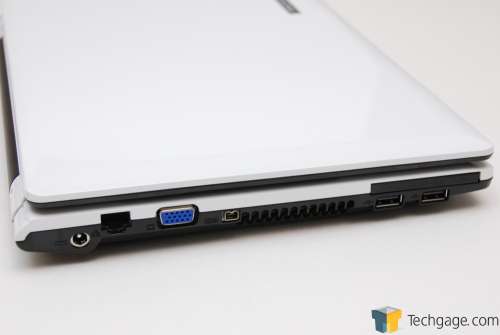 In the picture below, you can see that the overall build quality is quite good. The AG2 might come in a small package, but it’s rather sturdy. 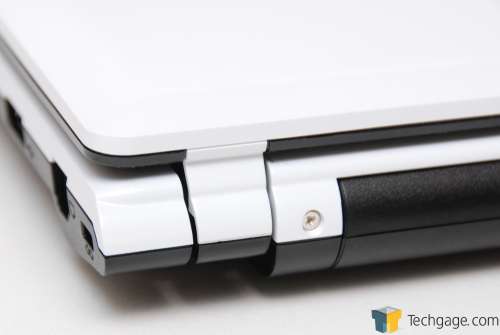 The touchpad here impressed me, because it’s rare that I find one I like. This one, I do. It’s lightly textured and easy on the finger, unlike a few others I used recently that actually hurt to use after a while. The last touchpad I’ve used that I didn’t mind was my Dell which I purchased four years ago. So that’s saying something.

The right-side of the pad can be double-tapped to invoke a scrolling functionality. 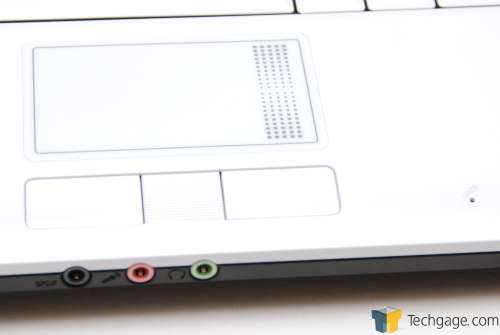 In the top-right corner, the power buttons and three quick-access buttons can be found. The first launches mail, the second the Internet browser and the third controls the fan speed, which switches between Silent and Normal.

The functionality of these cannot be changed, but the Mail and Web buttons utilize whatever applications are default in Windows. If you use a different mail client and web browser than what Windows ships with, those will launch with these buttons. 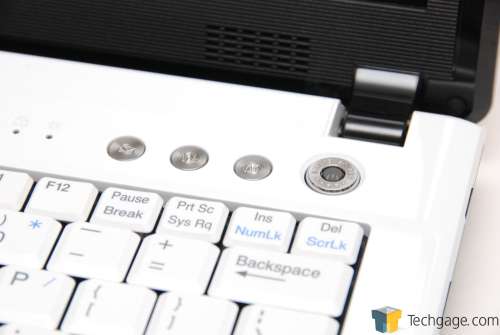 To the left of the buttons are five activity lights for battery, caps lock, num lock, scroll lock and finally, a light to let you know whether the Silent Mode is activated or not. 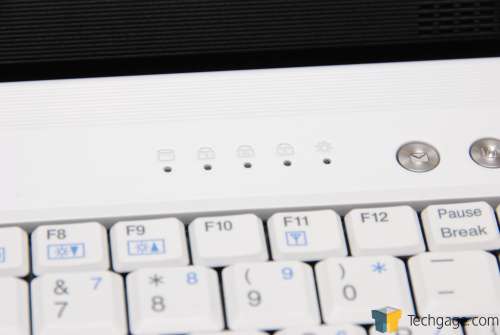 On either side of the display is a small speaker, and as you’d expect, it’s tinny. Headphones or external speakers are definitely the method of choice if you can help it. 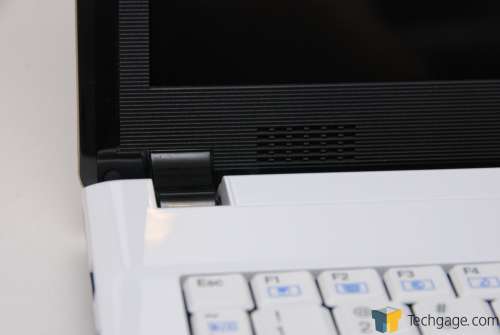 There is not too much going on underneath, as expected. The battery is located at the top while the hard drive and other replaceable components can be accessed by removing a few screws. The only exhaust in the notebook is on the right-side in this picture, which is on the left-side during normal use. As you’d expect, this can get warm, so it’s imperative to allow it breathing room. 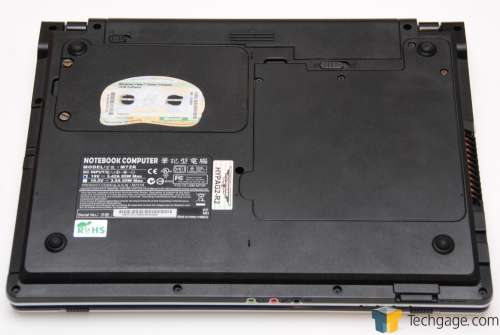 The web cam can be found up top, offering a full 2 megapixel resolution. I should note that thumbprints are not included, though. Drats! 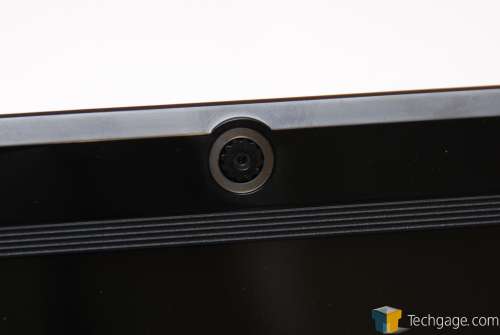 As mentioned in the introduction, Hypersonic is not like every other computer boutique. Their goal is to deliver a robust system without a lot of bloat, and to help keep prices down, a restore disc is not included. Instead, a full OEM copy of Vista Home Premium is included, alongside two driver CDs, one for XP and the other for Vista. Included also is Nero 7 Essentials and Power DVD 7.

It struck me at first that a restore disc was not given, but then it hit me… this is better. The fact of the matter is, this notebook lacks all of the bloatware that is included on most other notebooks on the market, so installing Vista and the drivers manually proves to be a far faster process than what you’d see from a restore CD.

For those who do prefer a real restore disc, it’s offered as an optional add-on for $39. 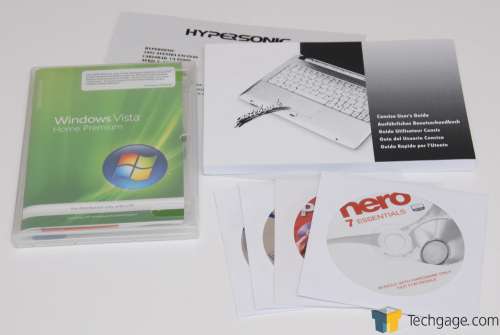 Finally, other included components are a power adapter, soft cloth, thermal paste (no idea why that’s necessary) and a phone cord. 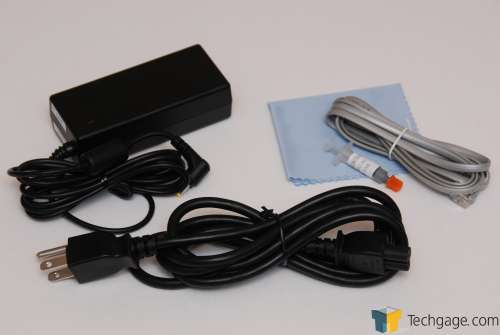 Please note that what you see here might differ from what the final retail unit will include. I received this notebook almost a month prior to it’s actual launch, so not all materials were ready.

On the next page we’ll tackle setup and installation.