Moving over to the other side, let’s look at the numpad. What have you done to my zero? Because the numbers, the actions and the arrow keys are all integrated into one 4×5 grid, the zero that we are so accustomed to being centred under the middle row of numbers, is moved one slot to the left, replaced with the up arrow, making any type of daily use awkward. 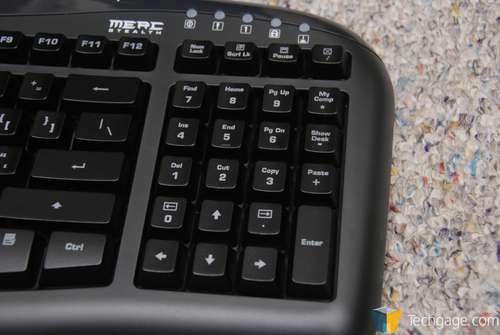 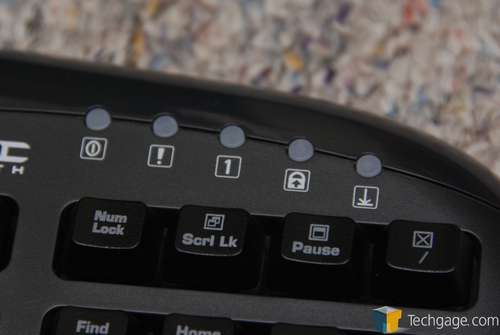 “The Z Engine Software is programmable with easy-to-use drag-and-drop macro editing allowing you to use one of the over 125 pre-defined key mapping layouts, or easily create your own.”

Hurray for letting me specify where to install this engine! Unlike other hardware, they request that you plug in the item BEFORE you install the software. After installing the software, I noticed a new icon in my tray, opened it up and wow, I’m surprised! 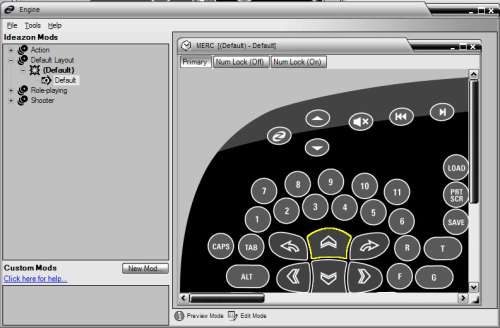 Under Action there are 59 games listed. Under Role-Playing there are 25, and this could greatly be expanded on, not only are there games on this list that are no longer online or available, but many, many are missing, including the ones I play. Under Shooter, there are 55 games.

Thankfully you can create your own custom layout, and it looks like I’m going to have to do that.

Creating your own custom mod seems to be rather straightforward. The drag and drop functionality makes it a great deal more visual and idiot-resistant (note resistant, not proof, like bullet resistant vs bullet proof).

Here are the games it supports by default:

Whew quite the list! Before we do some experimentation, lets look at some of the other buttons and features.

Show Desktop! The boss button! This is awesome, in one quick stroke I’m at my desktop and can quickly open a work-approved application! This is also handy for alt tabbing out of a game to look up a map or check your email.

On that note, I found this online:

“The Roman numeral key I, II, and III are hot keys.

Hot keys can be program for pre-selected destination such as a file, folder, program, or web page.

The multimedia buttons are nice, particularly if you listen to your own music in game as many of us do. Please note: “Yes, there is a bug with re-assigning the multi-media keys. The development team is currently looking into fixing this issue.” 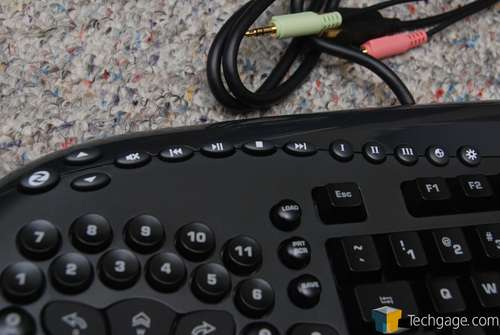 The Z button (not the keyboard letter Z, the Ideazon ‘Z’ in the upper left of the keyboard) opens the Engine to allow you to quickly change your keyboard layout configuration. Smart, I guess, if you are someone who changes it a lot.

Two buttons I didn’t expect, but however make sense are the Load and Save. I’m sure these can also be applied to any application you are working with. Oh speaking of which, when you have chosen a game layout and are focused on that game, there’s an indicator light to let you know your keyboard is configured for the game you are playing.