Intel should need no introduction when it comes to solid-state drives – after all, it is generally recognized that the company’s entry into the SSD market back in 2008 with the X25 series is what catalyzed the SSD movement. The market has changed considerably since then, and similarly so has Intel’s SSD offerings.

Today, Intel’s consumer lineup is comprised entirely of SandForce SF-2281 powered drives. Even so, the company’s reputation as one of the most reliable SSD options in the market has not changed, thanks to a full year of validation on its 520 family before launch. It didn’t just write its own custom firmware for the SandForce controller, either – even the hardware design was tweaked in its quest to purge errata. 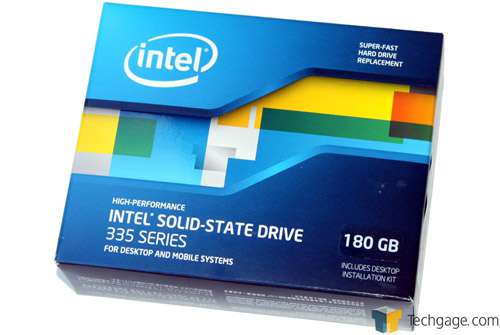 The 330 and 335 Series are similar, with the main differences being NAND die size (The 520 gets the best binned NAND, hence the 5 year warranty and price premium to match). Interestingly, one unexpected surprise we noticed was with the power consumption; Intel is claiming to have cut both idle and load power draw by more than half of the 330/520 models – an impressive feat thanks to IMFT’s smaller, more efficient 20nm MLC NAND.

The above table represents the current listing of Intel’s SSD products, with the sole exception the 325 Series which uses a different, mSATA connector. Notably, the 335 ships solely with a 9.5mm height form factor, making it a notable exception to the recent trend of 7mm drives. Users looking for 7mm height Intel drives will have to resort to the 520 or 525 Series. 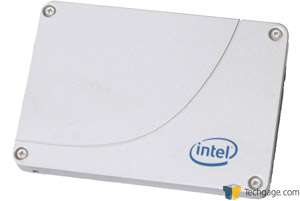 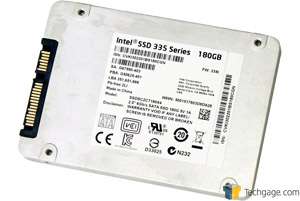 The graphic on the front of the drive is still notably absent, although Intel indicates at some future point 335’s will be featuring the case redesign. The back of the housing also sports the Intel-typical unfinished manufacturing look that we’ve seen before on the 520. Thankfully, most of these drives will be looked at once and then squirreled away to not be seen again for a few years. 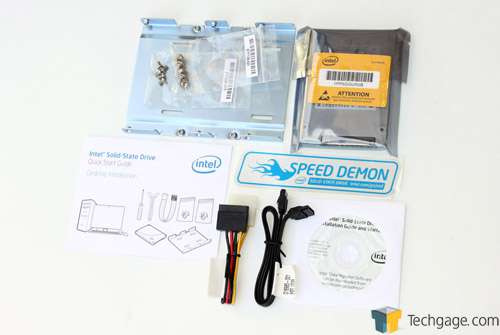 Package contents include the following: quick-start guide, metal 2.5″-to-3.5″ plate adapter, speed demon sticker, both sets of mounting screws, molex-to-SATA power adapter and a SATA cable. The latest version of Intel’s Toolbox utility can be downloaded from here and here for the in-Windows cloning utility. 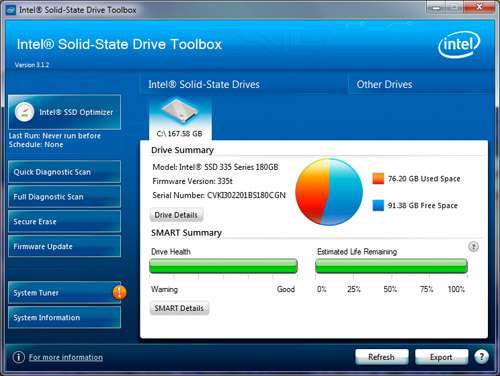 Intel’s Toolbox utility offers pretty much every function the user would want for using the SSD. It provides an estimated life remaining count that shows how much of the expected program / erase cycles have been used, although even then most NAND will have additional cycles well after the 0% mark has been reached. Users can secure erase the SSD, update firmware, check SMART data and even run a sector level check of the entire drive.