As expected for an Intel solid-state drive, the 335 performs admirably without any shortcomings. It certainly isn’t the fastest SSD on the block, but again, it was never intended to be as it is aimed squarely at the mainstream consumer market. The 335 still performs best with compressible data, as underneath the hood, it’s still a SandForce SF-2281 controller. But even so, Intel’s firmware team has put together a well-rounded option that favors high queue-depth workloads.

Intel has always held a small price premium on its SSD products, and the 335 Series is no exception. That said, current pricing on the 335 family is still unnaturally high due to the still very low supply of these drives. This is why the 330 SSDs can usually be found for less, and in this instance we have no problem recommending users looking to buy an Intel 335 to also consider the 330 Series. As the drives themselves are identical (save for different NAND), performance will be nearly identical between them, and at least for the time being users can save some money by sticking to the 330 family. The only exception to this may be laptop or ultra-mobile users that want every last minute of battery life, in which case the 335 would likely be worth an extra couple bucks just for its large cut in power consumption. 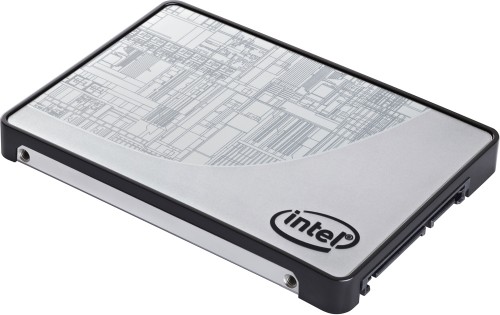 Intel’s reputation for reliability is well-earned, but there are also concrete reasons for it. Just like with processors, some NAND comes out of the oven better than others, and Intel’s joint partnership with Micron gives Intel first dibs on all NAND that IMFT fabricates. This means Intel traditionally gets to choose from the higher binned NAND for its products. The 20nm 8GB MLC NAND used in the 335 Series is still new, but reportedly employs the same high-k/metal gate structure as its processors and will match the same 3,000 program / erase cycles as the larger 25nm NAND found in the 330 Series. 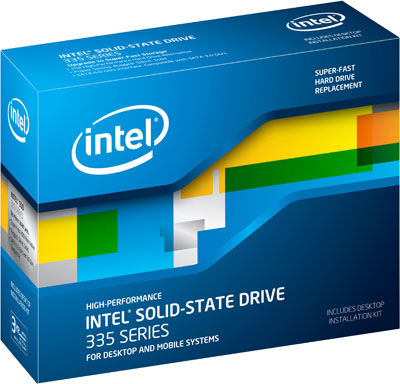 But access to better NAND isn’t all. Intel spent a considerable amount of time creating its own proprietary, custom firmware for the SF-2281 controller from scratch, as well as baking in its own proven methods for minimizing write amplification and improving wear leveling (which it pioneered with its first in-house SSDs). This has gone a considerable way toward insulating Intel from the litany of problems the SF-2281 controller faced after its initial reception and kept the company’s first SandForce drive, the 520 Series, in high regard. Whether this is worth a slight price premium over competing SSDs, we shall leave entirely up to each consumer buying them – but against competing SandForce drives it is definitely an option to keep in mind.