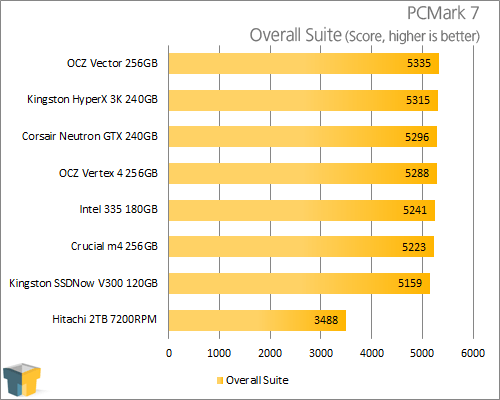 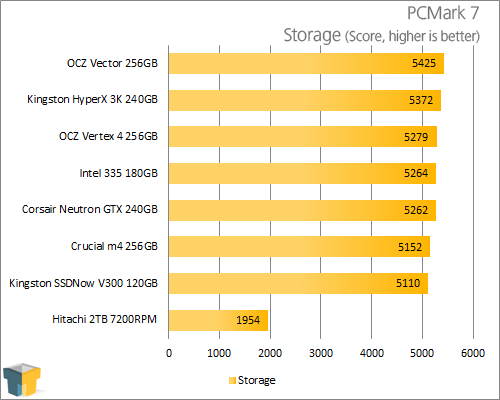 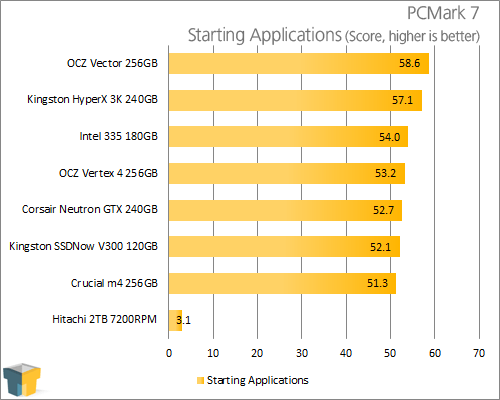 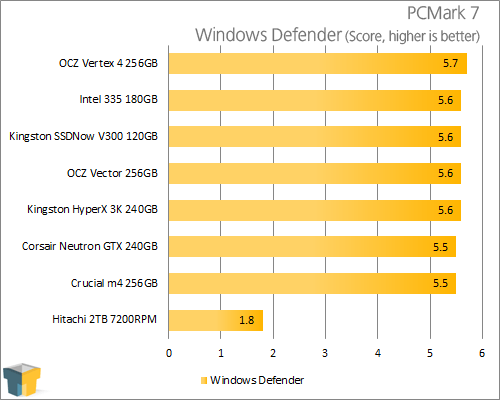 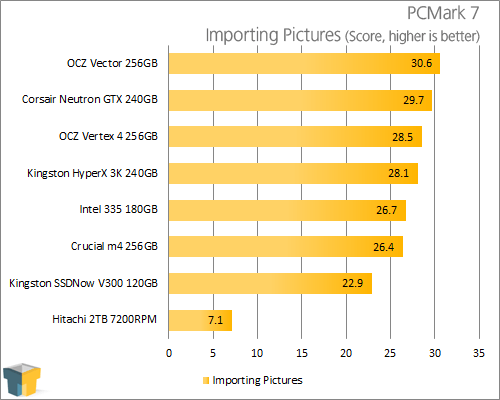 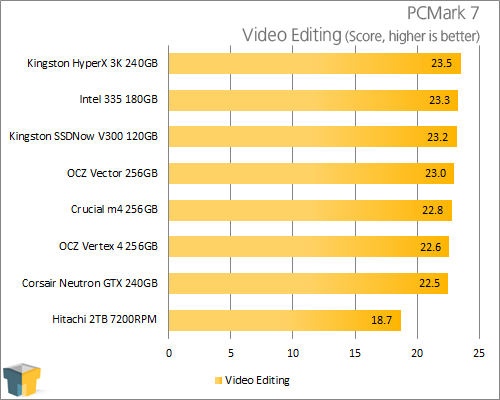 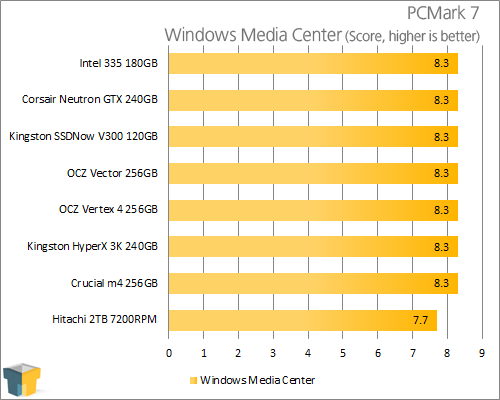 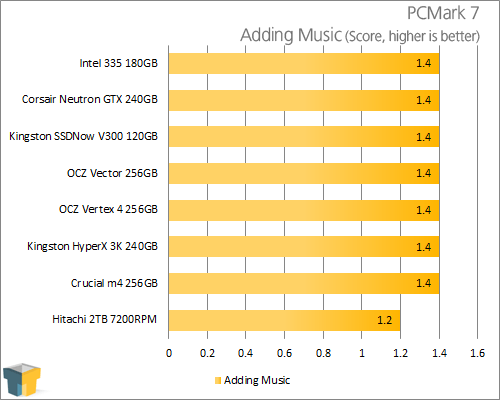 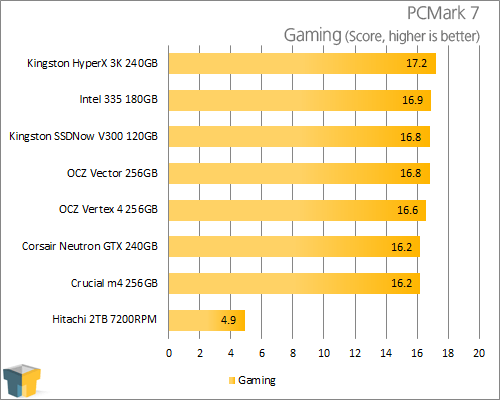 Although IMFT’s 20nm NAND is rated for a slightly lower write speed than the older 25nm NAND, it doesn’t tangibly impact performance. The Intel 335 still outperforms the m4 in PCMark and places between the two other SSDs in our lineup that utilize SandForce controllers. Surprisingly, the 335 is even able to swap places with the Neutron in the storage composite score.